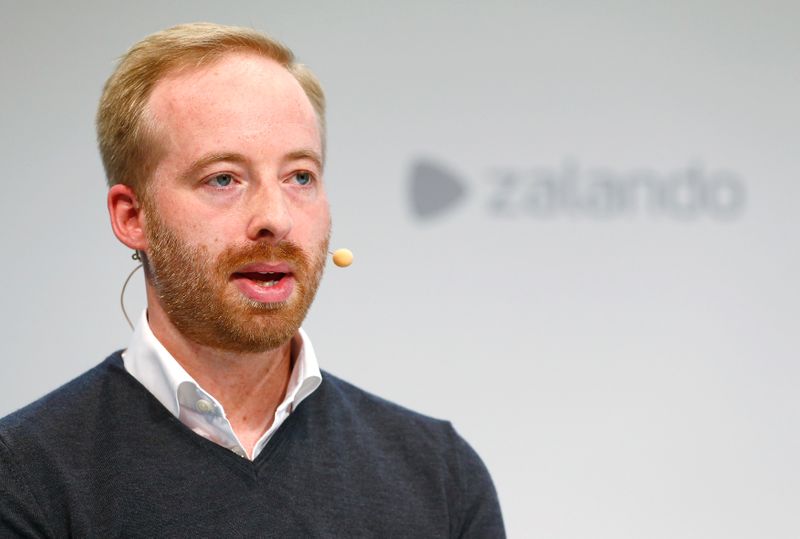 © Reuters. Ritter, member of the board of Zalando Operations, attends the company's annual shareholder meeting in Berlin

BERLIN (Reuters) – Rubin Ritter, who has been co-chief executive of German online fashion company Zalando since 2010, will step down next year, leaving Robert Gentz and David Schneider to continue to lead the company as co-CEOs.

Ritter, responsible for strategy and communications on the management team, said in a statement that he wanted to devote time to his growing family and allow his wife's professional ambitions to take priority in the coming years.

"In my remaining months I will ensure that we continue to rapidly advance the execution of our strategy,” he said.

Ritter's contract had been due to run until November 2023. Zalando said he would step down at the next annual general meeting, which usually takes place in May.

Zalando chairman Cristina Stenbeck said while the supervisory board regretted Ritter's decision, it respected his motivation and appreciated his transparency that gave the company enough time to organise the management transition.

Ritter became co-CEO in 2010 alongside Gentz and Schneider, but was also finance chief until David Schroeder was given that role last year.