Wednesday was another quiet session for the . The index finished in the red, but it is hard to read much into a minuscule 0.18% dip. More important than red or green is the index remains within a whisper of all-time highs.

Nothing much is going on in the financial headlines and that is allowing the market to do what it wants to do, which is to rally to record highs. Sentiment remains half-full and stock owners are not letting any fear-mongering get in their way.

While this bull market will die like all of the others that came before it, this is not that time. We’ve been stuck near 4,200 for a couple of months and it is getting ready for the next leg higher. A market that refuses to go down will eventually go up.

This slow grind higher is boring, but that’s the way most successful trades go. While it is fun to ride a bolt of lightning, we only get a few of those per year. The rest of the time we are stuck with these slow-motion moves. That said, I’d rather be bored while making money than excited and losing money.

Maybe something more interesting will happen today, but probably not. That said, don’t take this calm for granted. One day soon we will be looking back at these calm days longingly. Until then, lookout above. 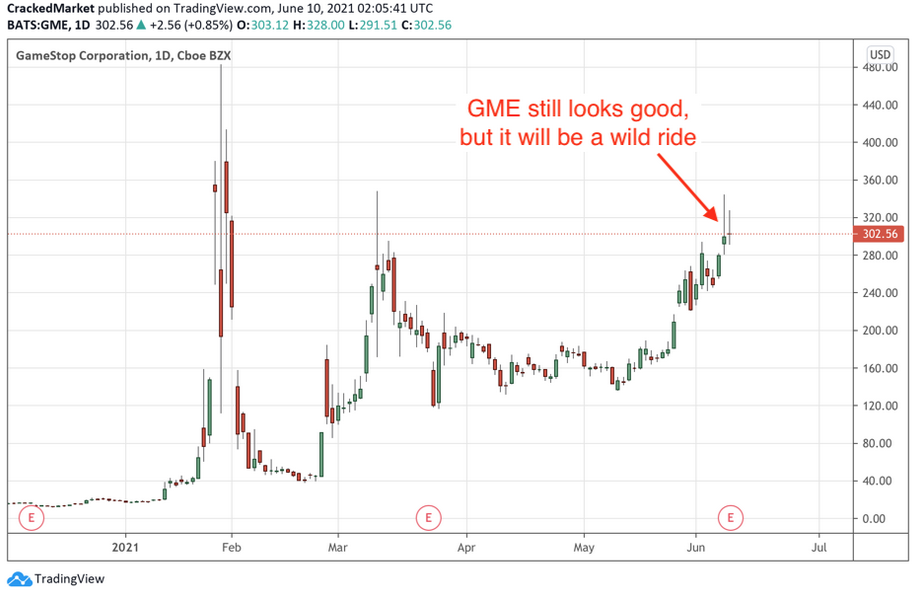 Nothing makes sense about GameStop (NYSE:) and AMC Entertainment Holdings (NYSE:), but it doesn’t have to. As I’ve been saying for weeks, stupid is prone to getting even stupider and that is the case here.

It would be foolishly reckless to rush into these trades now, but for those that were paying attention and bought the early breakout, we can keep holding for higher prices.

That said, stay close to the exits. As quickly as these things rallied, they will fall even faster.