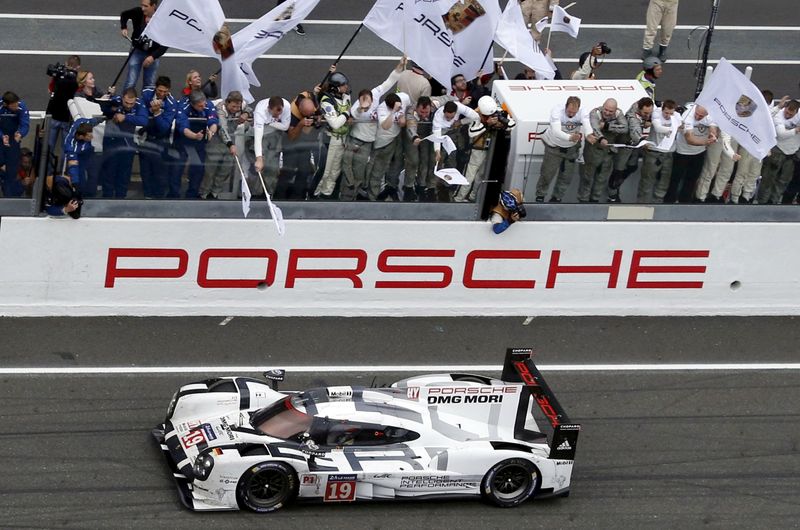 FRANKFURT (Reuters) – Alexander Hitzinger, a 49-year-old engineer who defected to Apple (NASDAQ:AAPL) after helping to develop Porsche's winning 919 racecar, has been lured back to Volkswagen (DE:VOWG_p) Group for perhaps his biggest challenge yet – building an electric car to take on Tesla (NASDAQ:TSLA).

While Volkswagen, the world's largest automaker, has been rolling out electric vehicles from the ID.3 compact to the high end Porsche Taycan, analysts say it needs a more comprehensive system that integrates electric power with new self-driving and infotainment technologies if it hopes to overtake Tesla.

It has turned to Hitzinger, whose ability to conceptualise clean-sheet designs and manage projects helped Porsche develop a racecar that won the Le Mans endurance race in 2015, 2016, 2017.

After a stint working on Apple's autonomous cars, Hitzinger now heads up Volkswagen's "Project Artemis", named after the Ancient Greek goddess of hunting, with the aim of chasing down electric car pioneer Tesla.

"At Porsche, I always thought of a vehicle as a comprehensive system. This is a very important point. It is what Tesla does well," he explained in a video interview.

The task of building a car has gotten more complex with the advent of electric and autonomous driving technologies, forcing new battery-driven powertrains to compete for electricity with camera, radar, and lidar sensors, plus infotainment systems.

Rather than stitching together separately designed systems, Artemis wants to create something new and seamlessly integrated, from the ground up, Hitzinger told Reuters.

"The idea behind Artemis is to have a comprehensive understanding of the vehicle. When something is optimised, this has knock-on effects and these need to be understood."

Allocating processing power between propulsion, automated driving and infotainment systems such as satellite navigation and music streaming is a key challenge, he said.

But it's not the only one.

Volkswagen Group, whose brands range from budget Seats and Skodas to high-end Audis and Bentleys is now focussing on developing systems that can handle all these new demands.

The car, which is due to be produced in 2024, will make use of components developed for Porsche and Audi's premium electric vehicle platform, PPE. The group's factory in Hanover, Germany, is being retooled to build an electric sport-utility vehicle for Audi, Bentley and Porsche.

Having a small team of highly qualified engineers, who are empowered to take decisions unencumbered by the corporate bureaucracy of the Volkswagen empire, should end up producing a better vehicle more quickly.

Project Artemis will have between 200 and 250 staff once Hitzinger is done hiring, up from 10 at present.

"I am putting the team together on a top down basis. The managers come first. Then I look for A-players, who will attract other A-players. I don't want managers, but people who love to develop technologies, who are prepared to take risks," he said.

Artemis will seek to draw on existing skills within the Volkswagen Group, such as expertise in making vehicle bodies at Audi, but take the lead in developing new techniques which speed up production and improve the customer experience.

"We want to set new standards for what a customer can do in a vehicle and how he interacts with the car," Hitzinger said.

He declined to elaborate on what user experiences the new car would offer, citing the confidential nature of the project.

He also declined to comment on a power struggle unfolding at Volkswagen, which has convened its executive committee to meet on Tuesday to decide whether to extend CEO Herbert Diess's contract.