As much as we try to discourage the discussion of politics here, it is unavoidable to mention that the runoff race in Georgia today is the centrepiece of market observation. It’s a truly singular occurrence to have a single state hold such a binary event in its hands. Runoff elections typically receive almost no national attention, whereas this one is garnering as much fixation as the real race we had in November. Thus, the VIXis showing a pulse: 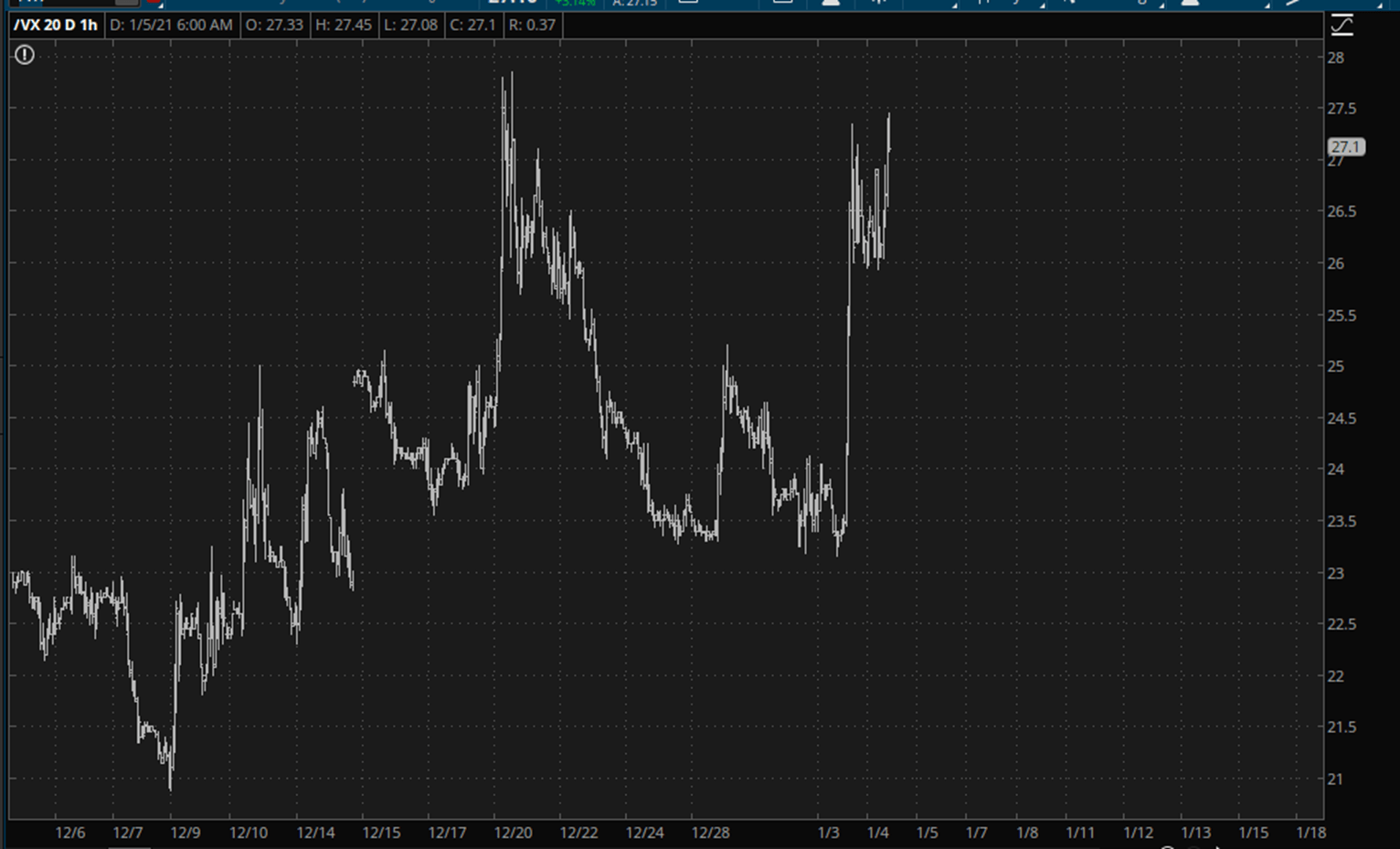 Of course, a dying man has a pulse too, although it gets weaker with time. The surge in volatility we’ve seen lately is hardly perceptible along the course of the past year. 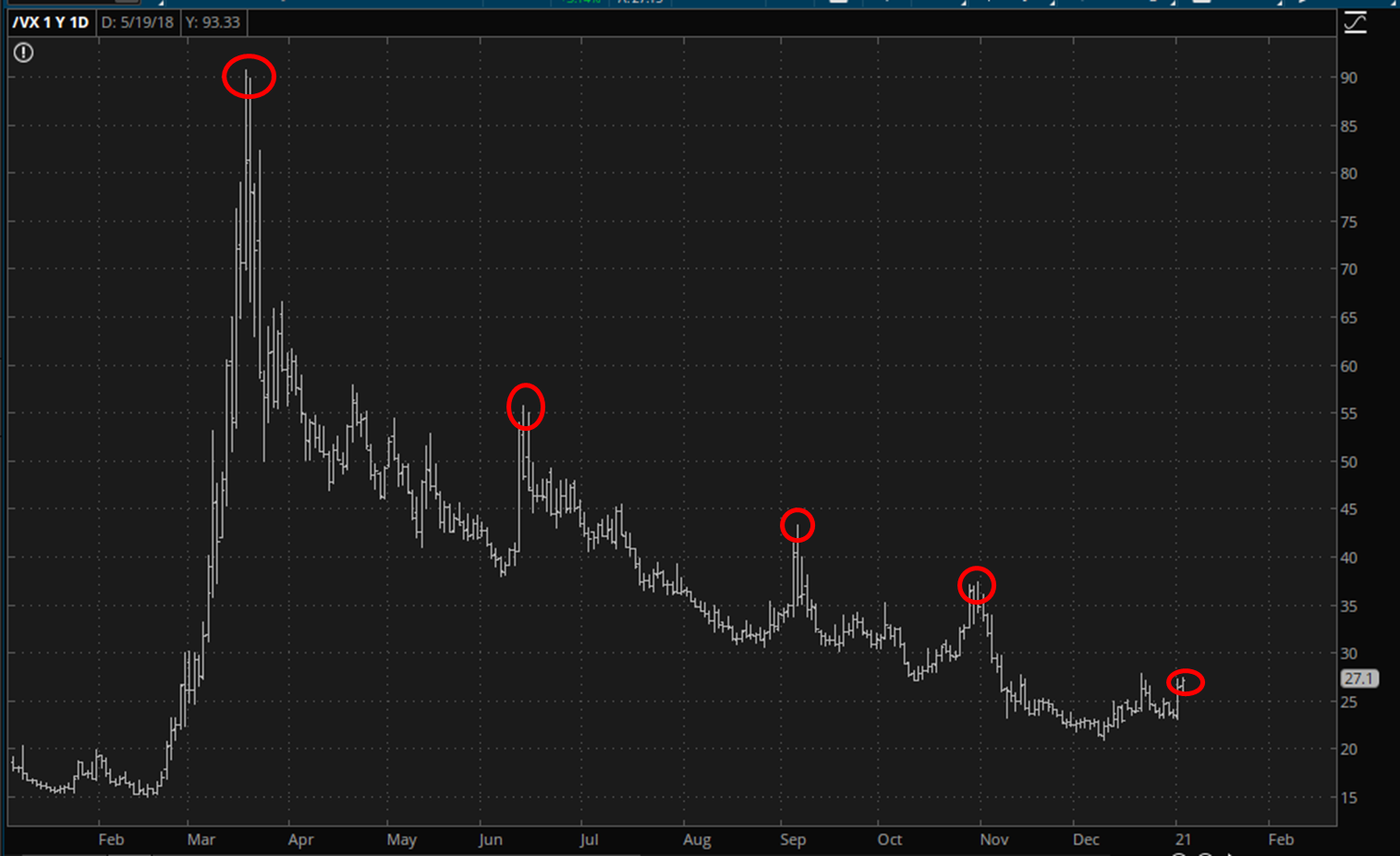 I describe this “binary” event as “fuzzy” because, unlike, for instance, an important Fed announcement, which you can time to the milli-second, this one will probably take many hours, or even days, to reveal itself. Indeed, there will be plenty of indications, updates, projections and guesses, but in terms of a stone-cold result, it’s not going to be handed to us tonight at midnight. I don’t suppose so, at least.

For the moment, gold is managing to hold on to its recent gains. 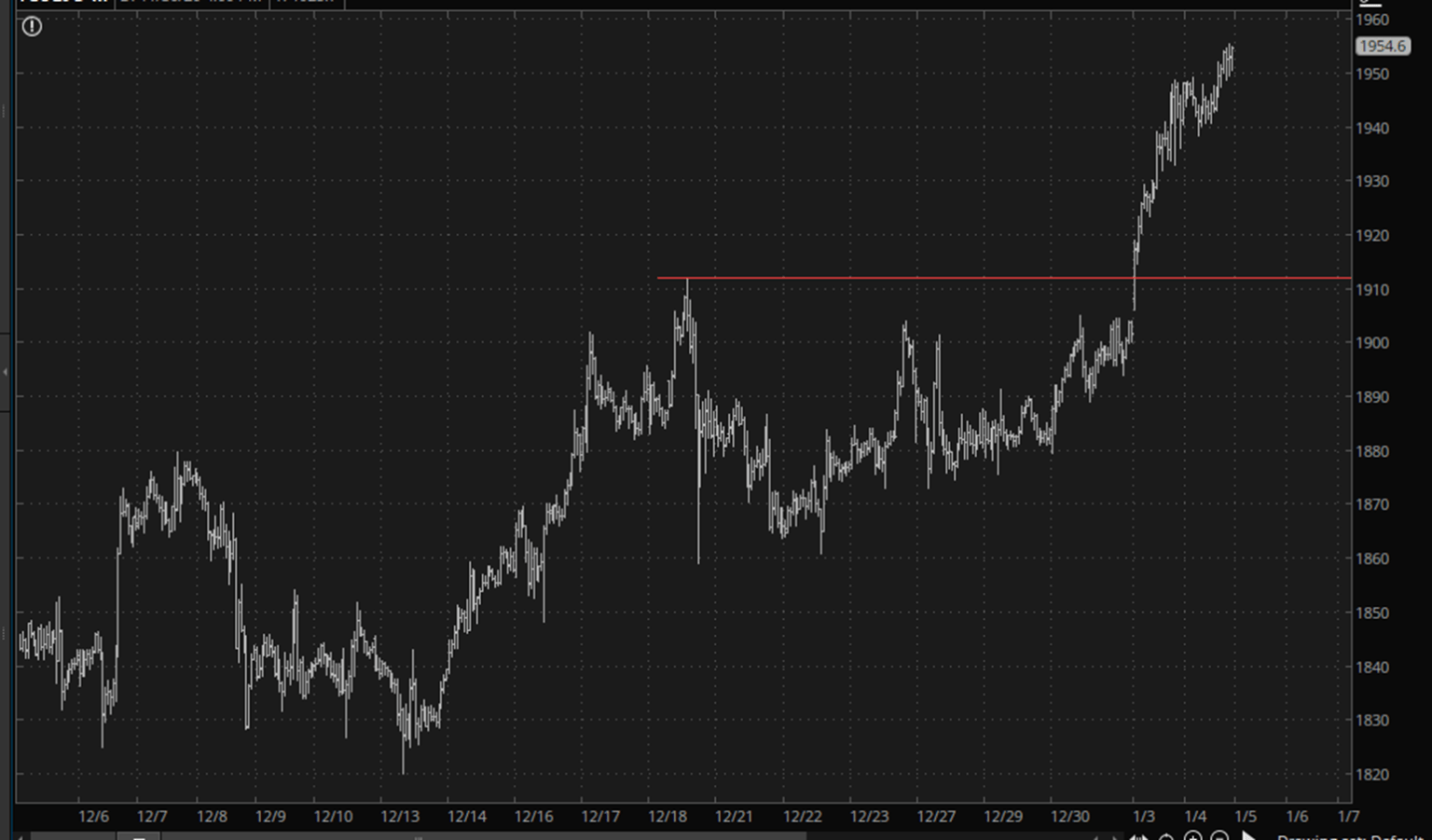 My main interest remains on /RTY which peaked on the 28th and has been slowly stair-stepping its way down. But, as with all equities, this could get lurched violently once the Georgia news finally tumbles out. 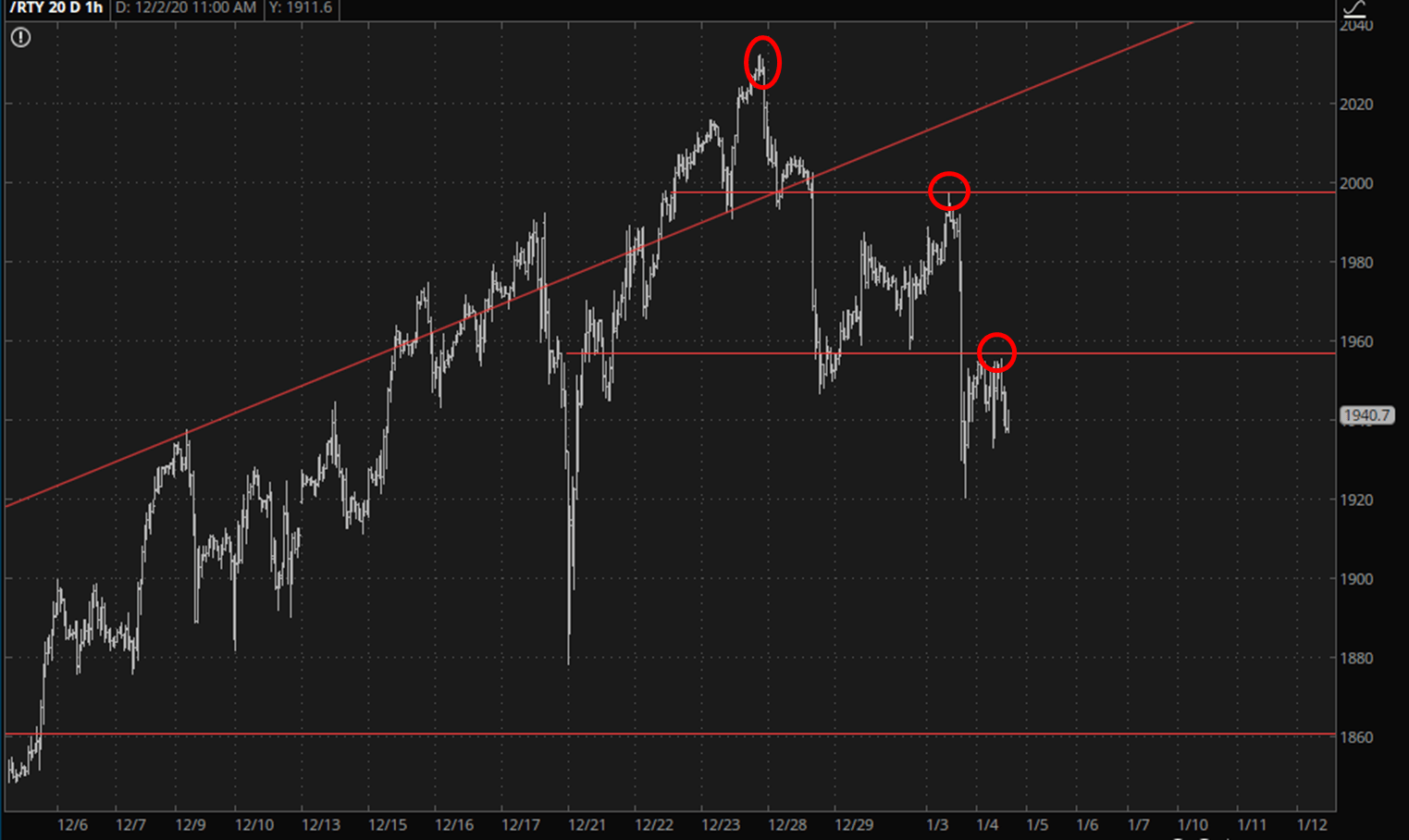 If there’s one item that I believe would be revealing with respect to market direction this month, it’s the Nasdaq 100, since the horizontal line I’ve marked is terribly important. A failure of this level would constitute a failed bullish breakout of some consequence. I’ll be sure to mention it if we actually manage to snap it. 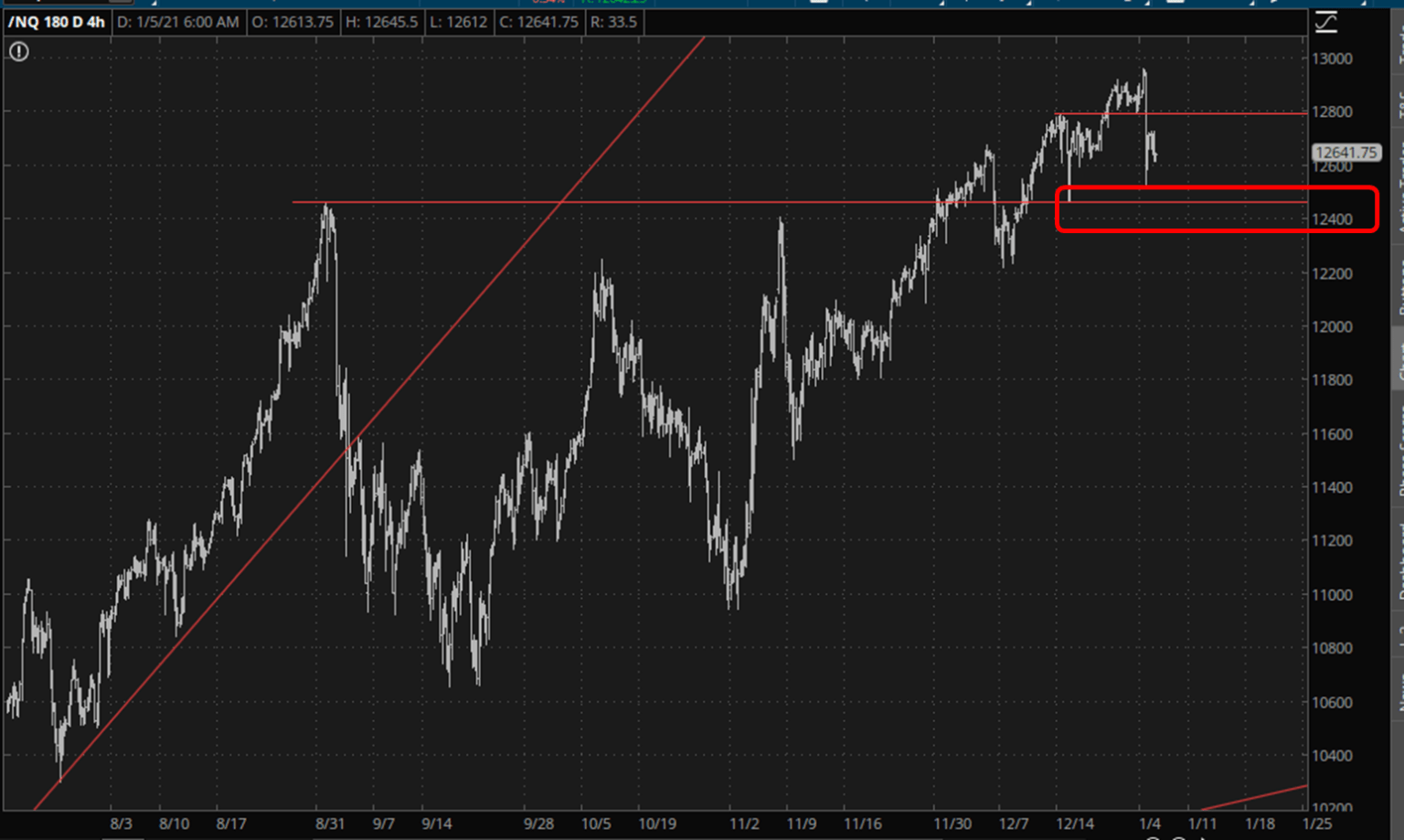