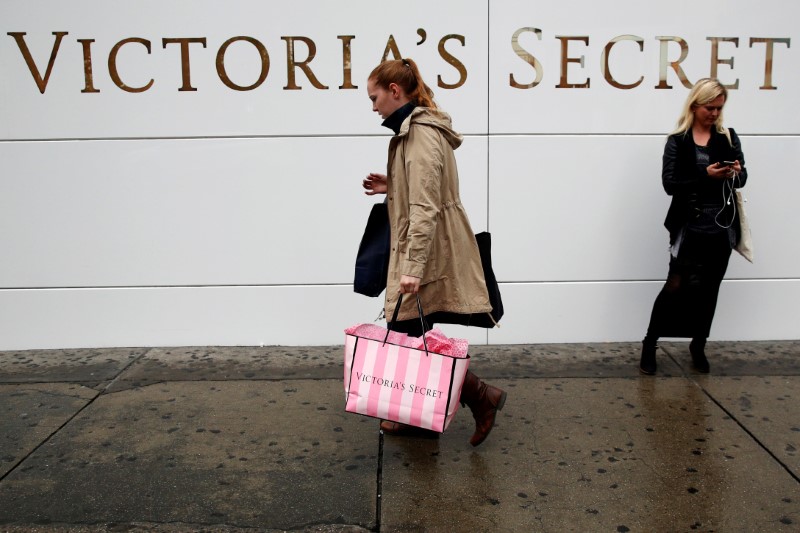 Shares rose 7% to their highest in about three years.

Analyst Matthew Boss maintained an overweight rating on the Victoria's Secret parent, while nudging the price target to $54 from $53, according to TheFly.

L Brands has more than doubled over the past 12 months despite the coronavirus pandemic that has seen retailers closed across the country for months at a time. While malls may not be open, FedEx (NYSE:FDX) and United Parcel Service Inc (NYSE:UPS) are still delivering and the demand for scented candles and soaps is driving up revenue for its Bath & Body Works segment. The company's also seeing its efforts at cost-cutting pay off.

Last month, Goldman Sachs (NYSE:GS) upped its price target on the stock to $44 from $40, maintaining its buy-equivalent rating.

The lingerie purveyor reported revenue for the most recent quarter of $3.06 billion, trouncing the expected $2.66 billion. Profit also surprised, by a lot, coming in at $1.13 a share versus the estimated 13 cents.

Last year, L Brands said it would cut 850 corporate jobs, or 15% of its workforce, contributing to an expected $400 million in annualized cost reductions. About 250 Victoria’s Secret stores were set to close in 2020.

The company is also breaking up the band, with Bath & Body Works becoming a pure-play public company and the Victoria’s Secret family operating as a standalone group.