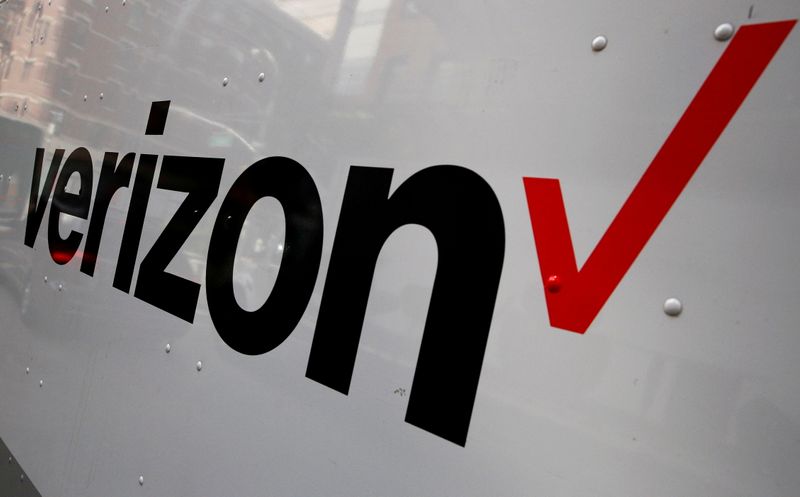 © Reuters. FILE PHOTO: The Verizon logo is seen on the side of a truck in New York City, U.S., October 13, 2016. REUTERS/Brendan McDermid/File Photo

Private 5G networks remove the need for businesses to jostle for speed with others on a public network and help enable data-intensive applications that use computer vision, augmented reality and machine learning to increase productivity.

Verizon has been trialing private 5G with several customers, including Associated British Ports, and have partnered with the likes of Microsoft (NASDAQ:) and Amazon (NASDAQ:).

The private 5G network, managed by Verizon, would keep all cellular traffic on the premises of the customer to increase security, while authorised remote users can still access applications.

Verizon has been working with Corning (NYSE:), WeWork, Tyndall Air Force Base and Marine Corps Air Station Miramar, where the iconic “Top Gun” movie was filmed.

The company is using Corning radios and Ericsson (BS:)’s core equipment for the initial deployment, and would be open to using gear from Nokia (NYSE:) and Samsung (KS:) at a later stage, Sampath said.

The current networks are built on existing 4G networks to account for backward and forward compatibility for devices.

Verizon is seeing a lot of demand from financial institutions to increase speed of trading flows using 5G, and warehouses, which are planning to use robots and autonomous vehicles, Sampath said.

Ahead of the employees returning to work, several companies are also turning to 5G to upgrade their office networks to increase speeds and rearrange conference rooms to account for more video calls while maintaining social distancing.