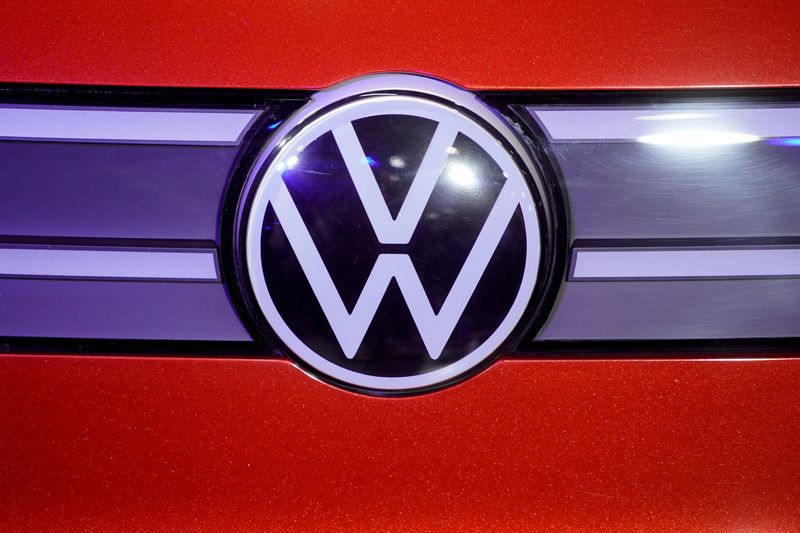 (Reuters) – Shares in Germany's Volkswagen (DE:VOWG_p) were up on Thursday and on course for a fourth daily rise and their best week ever as investors cheered its plans to overtake Tesla (NASDAQ:TSLA) in the electric car market.

The surge has lifted Volkswagen's market value above $160 billion, luring institutional and retail investors globally and making the carmaker the biggest company of the DAX benchmark index ahead of software group SAP .