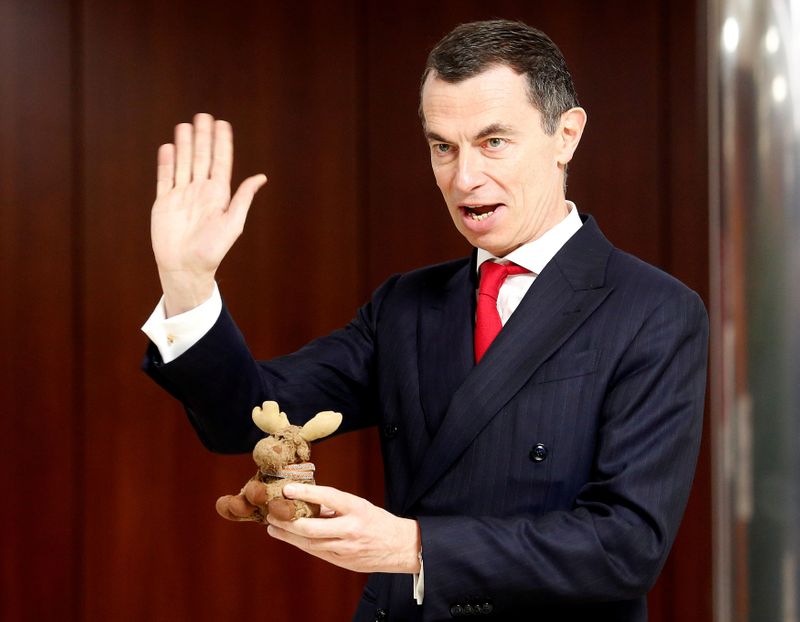 ROME (Reuters) – Jean Pierre Mustier's decision to step down as CEO of UniCredit had nothing to do with a possible acquisition of bailed-out rival Monte dei Paschi (MPS), UniCredit Chairman-elect Pier Carlo Padoan was quoted as saying on Sunday.

"MPS played no part in Mustier's decision to leave UniCredit at the end of his current term. Moreover, his decision does not change in any way the bank's position towards any such operation," Padoan said.

Mustier resigned last Monday citing a clash with the board over strategy. UniCredit had been in talks with the Treasury over MPS, which Rome is trying to re-privatise, sources had said.

Mustier had prioritised returning cash to shareholders over mergers and had worked since his arrival in mid-2016 to reduce Italy's exposure to its fragile home turf.

In an attempt to reassure investors, UniCredit's board said the capital return strategy was unchanged and ruled out deals that harmed the bank's capital position.

Padoan said Mustier's decision was due to "different opinions" over "the steps to take for the integration strategy outside of Italy. The strategy, on which we agree, is not in question. Different views emerged on how to take it forward".

Padoan, who was named in October as incoming chairman, denied a report saying he had challenged Mustier's international focus advocating instead expansion in Italy.

A former Italian economy minister who oversaw the MPS bailout and a Member of Parliament for the ruling PD party at the time of his appointment, Padoan also sought to dispel concerns about political meddling.

Padoan, who is leading the board's search for Mustier's replacement, said the new CEO needed to have "a high international standing, a strong knowledge of the banking system, inclusive leadership and strategic vision".