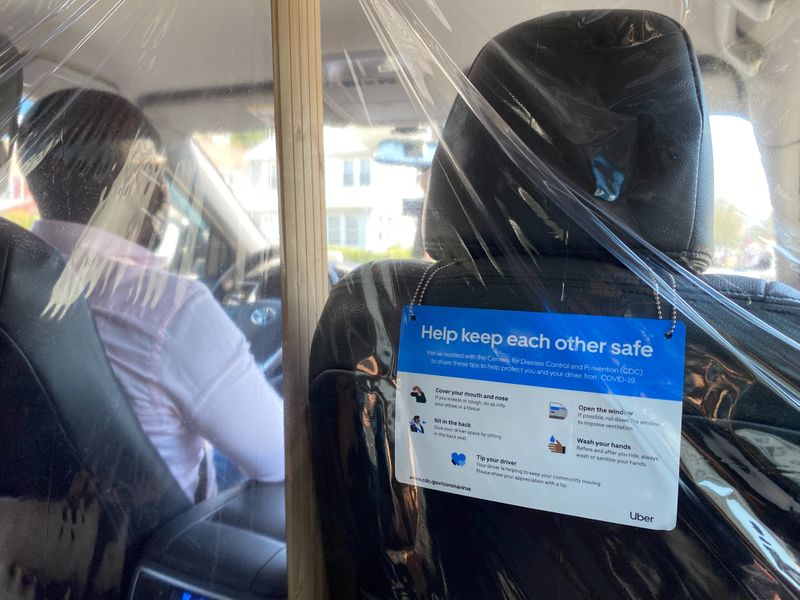 (Reuters) – Uber Technologies (NYSE:UBER) Inc on Thursday sent letters to the governors of all U.S. states, asking for its ride-hail and food delivery drivers to get early access to COVID-19 vaccines as essential workers.

The company also said it will send a letter to U.S. President-elect Joe Biden.

The letters come less than a week after Uber sent a similar letter to a committee of the U.S. Centers for Disease Control and Prevention.

"Over the last nine months, these workers have been a lifeline to their communities. They have transported healthcare workers to hospitals, delivered food to people socially distancing at home, and helped local restaurants stay in business," the letter said.

With initial vaccine doses limited and strong federal guidance lacking, it has fallen to U.S. states to determine who will be first in line to be vaccinated. More than 20 large industries have urged public officials to prioritize their workers.

Uber said its U.S. drivers who have done at least three trips since the pandemic began in March stood at over 1.5 million.

Florida, where Uber has the most pandemic drivers at around 236,000, expects to receive vaccine doses for 500,000 to 1 million residents this month. The state has more than 1 million licensed healthcare professionals and some 146,000 long-term-care residents, according to state health department data.