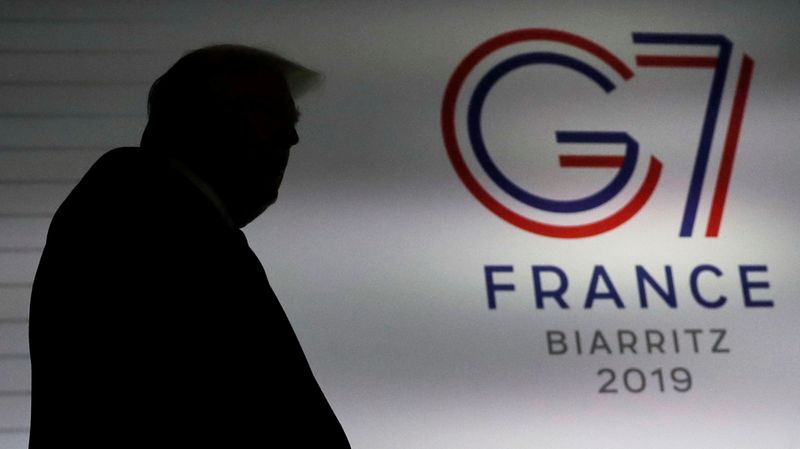 LONDON (Reuters) – Global finance chiefs meet on Friday for the first time since Joe Biden replaced Donald Trump as U.S. president, vowing to rebuild bridges with allies to steer the world economy out of its deepest slump since the Great Depression.

U.S. Treasury Secretary Janet Yellen, a familiar face to global policymakers from her days in charge of the Federal Reserve, will join her counterparts from the Group of Seven (G7) rich nations for the online discussions.

Britain's finance minister, Rishi Sunak, who will co-chair the talks, wants the meeting to send a fresh signal that trillions of dollars of stimulus from G7 members will not be scaled back while COVID-19 vaccinations are still ramping up.

Biden has proposed a further $1.9 trillion in spending and tax cuts on top of Trump's $4 trillion. Sunak is expected to say next month that he will extend his economic rescue programmes and fixing public finances will have to wait.

The meeting will try to revive attempts for a global approach to taxing giant digital firms, many of them American such as Amazon (NASDAQ:AMZN) and Google (NASDAQ:GOOGL), a test case for Washington's return to engagement with the rest of the world.

The G7 was also likely to help low-income countries raise funds to fight the pandemic by backing a new allocation of the International Monetary Fund's own currency.

The United States, the IMF's dominant shareholder, is open to a new issuance of $500 billion in what would be another shift from the Trump administration's stance, sources said.

As well as the United States and Britain, the G7 includes Japan, France, Germany, Italy and Canada whose finance ministers and central bank governors will be joined by the head of the European Central Bank and the IMF.

British Prime Minister Boris Johnson is due to host the first in-person summit of G7 leaders in nearly two years in June in a seaside village in Cornwall, southwestern England, which will focus on rebuilding from the pandemic and climate change.

Trump threw the G7 into chaos in 2018 when he said he was backing out of a joint communique after a leaders' summit because of a trade dispute with Canada.

Britain wants to make climate change and biodiversity loss a top priority of it G7 presidency ahead of the COP26 conference it is due to host in November.