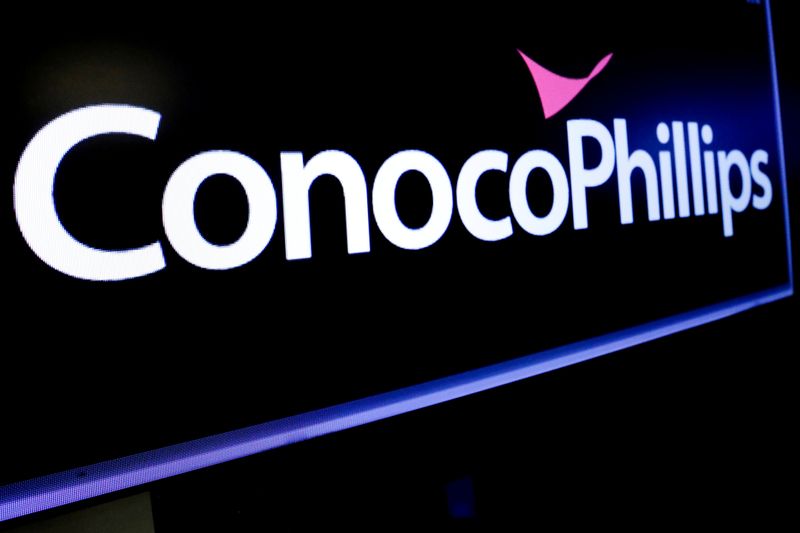 © Reuters. FILE PHOTO: The logo for ConocoPhillips is displayed on a screen on the floor at the NYSE in New York

HOUSTON (Reuters) – ConocoPhillips (NYSE:COP), the largest U.S. independent oil producer, said on Tuesday that it would lay off up to 500 Houston employees, about a fifth of its headquarters workforce, to match staffing with expected activity levels.

Oil and gas producers have cut the value of their assets by about $80 billion and shed tens of thousands of jobs this year as the coronavirus pandemic savaged global energy demand and pushed energy prices down.

ConocoPhillips posted a loss of $1.93 billion through the first nine months of this year, compared with a $6.47 billion profit in the same period last year. Its shares traded at $39.27 on Tuesday, down about 40% year to date.

Affected employees will be notified Feb. 1, about when ConocoPhillips expects to complete its $9.7 billion acquisition of U.S. shale producer Concho Resources (NYSE:) Inc. Employees who lose their jobs will receive severance pay and help finding new positions, it said.

Administrative and oil-exploration jobs were identified as facing cuts when the Concho deal was disclosed in October. Executives have targeted $500 million in cost and capital savings through 2022.

“We have been transparent with employees that targeted workforce reductions in certain areas of our business may be necessary from time to time to align organizational capacity with expected future activity levels," said spokesman John Roper, describing the cuts as among actions.

Conoco's global staff numbered about 10,400 at the start of the year and Concho had about 1,450 employees.