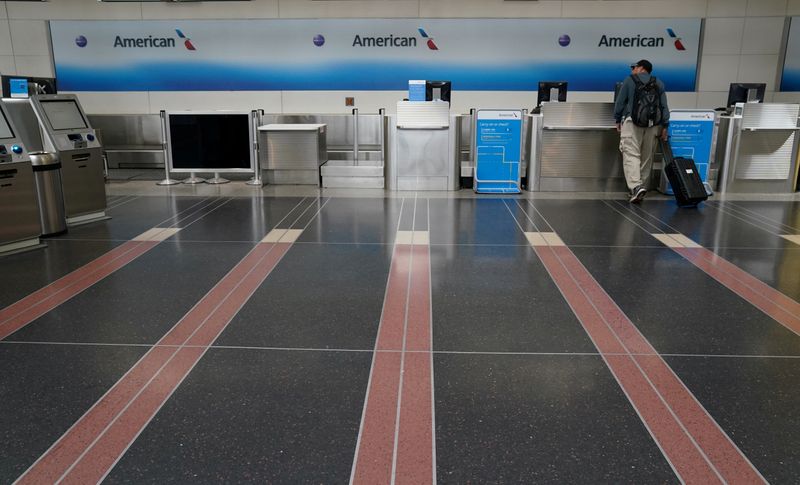 By Tracy Rucinski and David Shepardson

(Reuters) – A U.S. House committee on Thursday approved a proposal to give airlines another $14 billion in payroll assistance as part of a broader COVID-19 relief package that is working its way through Congress.

It would be the third round of support for the pandemic-hit industry. American Airlines (NASDAQ:AAL) and United Airlines have warned of some 27,000 furloughs without an extension of the current package that expires on April 1.

The House of Representatives Financial Services Committee on a 29-24 vote approved the $14 billion for airlines and $1 billion for contractors to cover payroll through September.

The funds will be included in the $1.9 trillion COVID-19 relief bill proposed by President Joe Biden, whose initial plan did not include new money for airlines. House Speaker Nancy Pelosi said on Thursday that she expects lawmakers to complete legislation based on the bill by the end of February.

American Airlines said in a statement after the committee vote that the payroll support program, which covers employee wages and bans job cuts, "has been a lifeline for our team members."

U.S. airlines are burning through millions of dollars every day as the pandemic crushes travel demand.

The Air Line Pilots Association, the largest pilot union in the world, said the funds "would help prevent the additional financial devastation that would result from the aviation industry being forced to furlough tens of thousands of workers."

Budget carriers Spirit Airlines (NYSE:SAVE), Allegiant Travel and Frontier Airlines, however, have said in recent weeks that they intend to resume pilot hiring later this year.

Reuters first reported many of the details of the plans to provide new assistance to U.S. airlines, transit systems, airports and passenger railroad Amtrak.