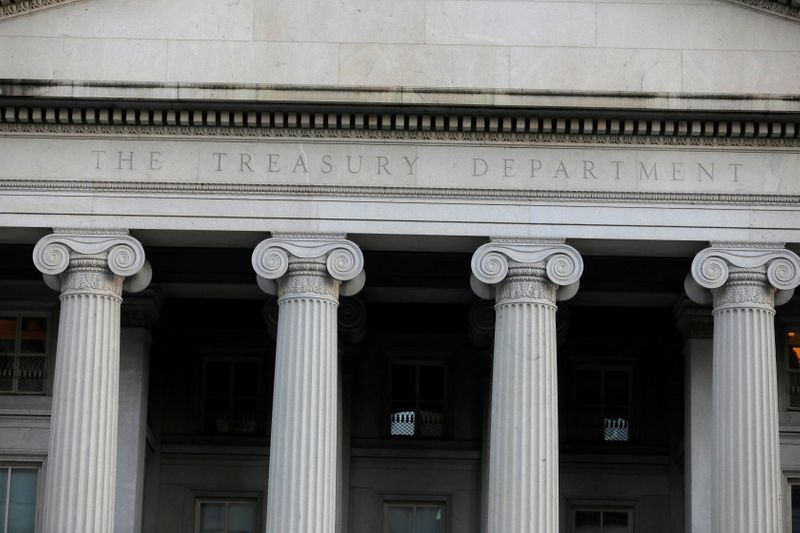 © Reuters. FILE PHOTO: The United States Department of the Treasury is seen in Washington, D.C. 2/2

WASHINGTON (Reuters) – The Trump administration late on Tuesday released the names of more than 10 million businesses and individuals that took pandemic aid, providing more transparency for the programs which officials say have been plagued by fraud and abuse.

The Treasury Department and Small Business Administration (SBA) were forced to release the information on the Economic Injury Disaster Loan (EIDL) and Paycheck Protection Program (PPP) after a federal judge last month sided with a challenge brought by news organizations seeking the data under the Freedom of Information Act.

The two programs were the primary means by which the federal government assisted small businesses hurt by the COVID-19 pandemic, but the Trump administration from the outset had resisted providing full transparency on who got the cash.

“SBA's historically successful COVID relief loan programs have helped millions of small businesses and tens of millions of American workers when they needed it most," a spokesperson for the SBA said.

As of November, the SBA had processed and approved more than 5.2 million individual PPP loans amounting to $525 billion, along with 3.65 million EIDL loans worth $194 billion. Several billions of dollars have gone to ineligible businesses and fraudsters, watchdogs have warned.

The Trump administration said that identifying the EIDL and PPP recipients would violate individuals' personal privacy and reveal confidential business information that can be redacted under Freedom of Information Act exemptions.

A federal judge in Washington, D.C., rejected that argument and dismissed further efforts by the agency to delay releasing the data, which it mandated must be published by Dec. 1.

Between April and August, thousands of lenders issued government-backed PPP loans capped at $10 million to small businesses hurt by pandemic lockdowns. Provided that borrowers can show they needed the money and spent it mostly on payroll and other business expenses, the government pays the lender back.

Tuesday's data will provide more transparency over whether pandemic aid went to businesses most in need and may shape changes to the programs if Congress passes another stimulus package in coming weeks.

In a bid to get funds out the door to struggling businesses quickly, the SBA waived some of its normal lending safeguards, and in the case of the PPP, said it would not hold lenders responsible if borrowers broke the program rules. That, however, made both programs highly susceptible to fraud, watchdogs said.

The Office of Inspector General for the SBA said in an October report, for example, that around 46% of the $169.3 billion worth of EIDL loans approved by July 31 were questionable and might be susceptible to fraud, according to a Reuters analysis of the agency's findings. The SBA has disputed that there was sufficient evidence to draw that conclusion.

Meanwhile, congressional investigators have said at least $1 billion in PPP went to ineligible businesses. To date, the Justice Department, working with other agencies, has charged over 80 individuals for stealing more than $250 million from the program.