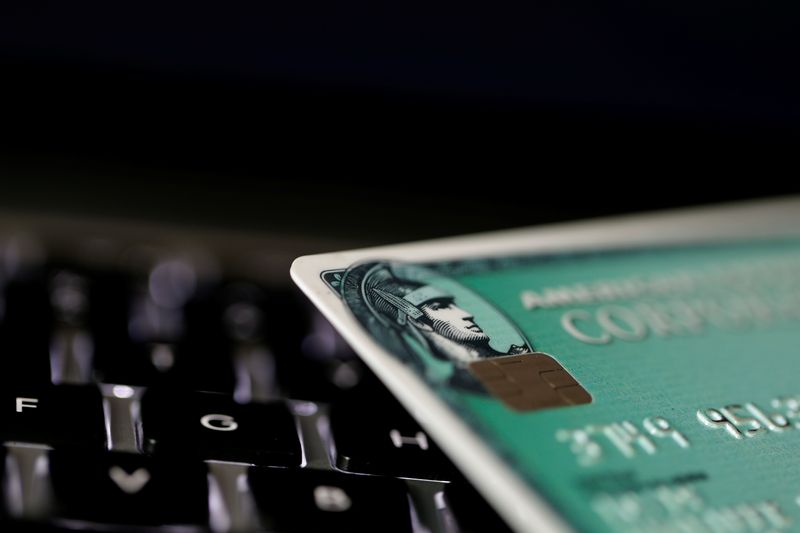 © Reuters. FILE PHOTO: An American Express credit card is seen on a computer keyboard in this picture illustration 2/2

The investigators are looking into whether AmEx allegedly "used aggressive and misleading sales tactics to sell cards to business owners and whether customers were harmed," according to the report. (https://on.wsj.com/3oqlUMK)

A spokesman for AmEx said the company had been cooperating with a regulatory review of small business card sales between 2015 and 2016 since spring, but declined to give further details including about the regulators involved.

"We have conducted a detailed, independent review of these sales from this time period, and found no evidence of a pattern of misleading sales practices," the spokesman said in an email.

The business units responsible for these sales represented about 0.25% of the 65 million total new cards AmEx acquired worldwide between 2014 and 2019, the statement said.

The Inspector General's office at the Treasury Department, the Federal Deposit Insurance Corp and the Federal Reserve are also examining whether specific employees contributed to the alleged behavior and if higher-level employees supported it, the WSJ report added.

The Office of the Comptroller of the Currency (OCC) is also investigating business-card sales practices at the company, the report said, citing people familiar with the matter.

The Federal Deposit Insurance Corp and the Federal Reserve did not immediately respond to Reuters' requests for comment. A spokesman for the OCC declined to comment, while the Treasury Office of Inspector General (OIG) said, "it could neither confirm nor deny the existence of investigations".