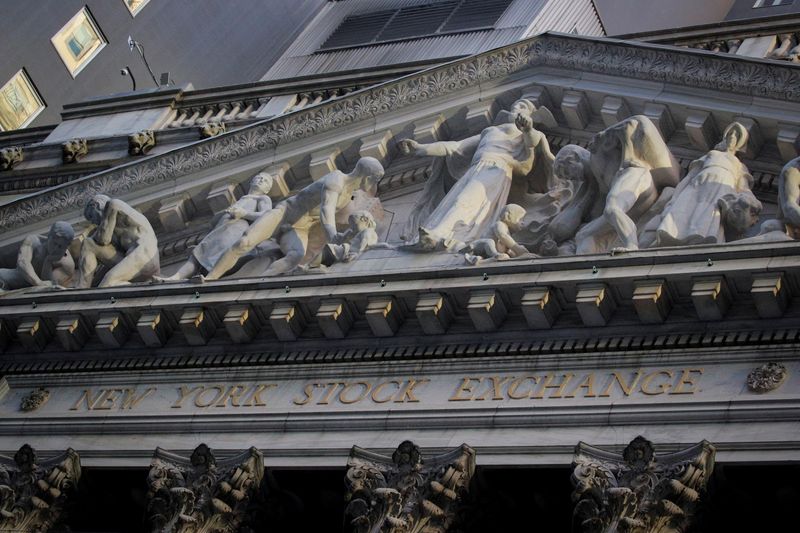 © Reuters. The front facade of the NYSE is ssen in New York

WASHINGTON (Reuters) – Companies can raise capital on the New York Stock Exchange through direct listings, without losing gains if their stock pops or forking out hefty fees to Wall Street banks, which typically underwrite such capital raisings, the U.S. securities regulator said on Tuesday.

Investment banks have for decades organized IPOs, marketed them to institutions and supported the stock via their trading desks.

The change, following months of industry haggling, will help reduce what critics call excessive underwriter fees, a major barrier to companies looking to go public. It is especially important to technology companies and start-ups, both of which would stand to gain greatly from the new SEC ruling.

"This is a game changer for our capital markets, leveling the playing field for everyday investors and providing companies with another path to go public at a moment when they are seeking just this type of innovation," NYSE President Stacey Cunningham said in a statement.

Lev Bagramian, an advocate of the Washington-based Better Markets, said "while many have falsely blamed certain pro-investor regulations as too costly for companies that are considering going public, the real cost has been the average 7% – or higher for smaller issuers – that issuers pay to big Wall Street firms to underwrite the IPO."

The new form of direct listings has the potential to "democratize the IPO process" when done in a responsible way that maintains strong investor protections, he added.

Some investor groups, however, warned it could diminish their protections, because banks perform due diligence on the companies.

"The lack of a traditional underwriter means investors will lose a key protection: a gatekeeper incented to ensure that the disclosures around an initial listing are accurate and not misleading,” said SEC Democratic Commissioners Caroline Crenshaw and Allison Lee, who voted against the approval of NYSE’s rule.

The SEC said it found the NYSE proposal will "facilitate the orderly distribution and trading of shares, as well as foster competition."

The plan was designed to "prevent fraudulent and manipulative acts and practices and to protect investors and the public interest," it added.

The commission had previously allowed direct listings for companies that did not raise capital in the process.

In 2018, music streaming business Spotify Technology SA (NYSE:SPOT) was the first major company to go public via that route. Direct listings had also been limited to companies wanting to give early investors or management the opportunity to cash out by selling stock.

Peter Thiel-backed Palantir Technologies and Asana are some of the high-profile, cash-rich private start-ups to choose the direct listing route this year.

Under the NYSE plan, issuers can sell shares directly on the exchange in an auction, which would increase opportunities for more investors to purchase shares at the initial offering price, rather than having to wait to buy in the aftermarket.

That could make direct listings more common, since most companies go public to raise capital.

What's more, under the NYSE plan, new shares will get priority over secondary ones. This will give companies a better chance of reaching their fundraising goals.

NYSE rival Nasdaq Inc has a filed a similar direct listing proposal with the SEC.

"It was not a quick process to get this change through the SEC, which put a lot of effort into balancing the rights of investors versus the desire of more companies to have direct listing as an option," said Michael Hermsen, a Chicago-based partner at law firm Mayer Brown.