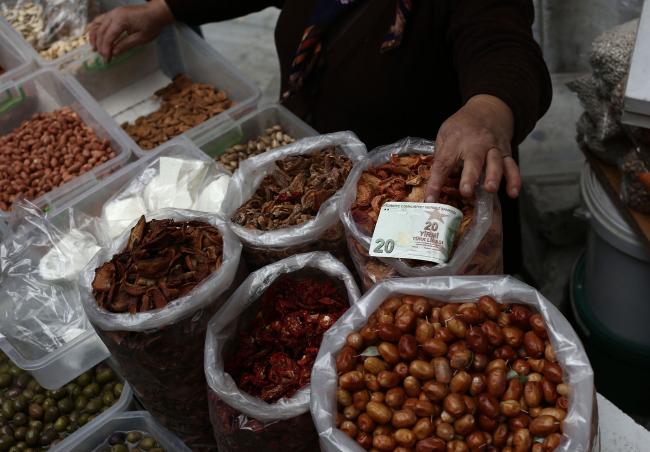 © Bloomberg. A market trader handles a 20 lira banknote on her food stall in Istanbul.

The lira trimmed its losses to 1.4% at 8.3295 per dollar as of 2:59 p.m. in Istanbul after Kavcioglu’s remarks at the central bank’s annual board meeting in Ankara. The currency had weakened almost 3% earlier in the session.

Turkey will continue to keep its benchmark one-week repo rate above consumer inflation and the central bank is determined to bring inflation to its 5% target in 2023, Kavcioglu said. The central bank chief pledged to use monetary tools effectively and “independently.”