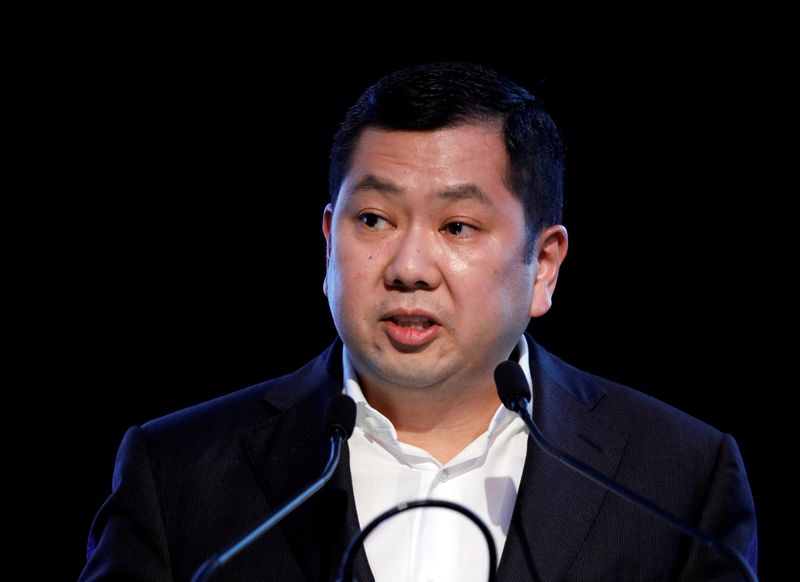 © Reuters. Indonesian billionaire Hary Tanoesoedibjo speaks on "The Might of Indonesia" at the Asia TV Forums and Market conference in Singapore

JAKARTA (Reuters) – Indonesian tycoon Hary Tanoesoedibjo, a business partner of former U.S. president Donald Trump, launched on Monday construction on a movie studio as part of a tourism complex on Java island that is set to receive tax breaks.

Lido City is the umbrella project located around 60 km (37 miles) south of the capital Jakarta in the Bogor area, where the Trump Organization will operate luxury villas, a resort and a golf course.

The project has been designated a special economic zone (SEZ) for tourism, which means it can benefit from corporate tax cuts, luxury goods sales tax cuts and get some leniency on permits, PT MNC Studios International said in a statement.

"For around 1,000 hectares in Bogor Regency, a special economic zone permit has been obtained," MNC Group executive chairman Tanoesoedibjo said in a text message, adding the movie studios will be wholly controlled by his company.Tanoesoedibjo told local media he hoped the Movieland studios will become a creative hub and Indonesia's version of Hollywood.

Businesses investing 1 trillion rupiah ($71.92 million) or more in SEZs are eligible for tax holidays of up to 20 years that could be extended for two more years with a 50% tax cut.

It was not clear whether the Trump Organization would benefit from tax breaks since MNC has not disclosed any profit-sharing schemes over the management of the properties. Trump Organization is also partnering with MNC on another project in Bali.

In a 2019 visit to Indonesia, Donald Trump Jr dismissed any risk of conflict of interest in the Southeast Asian country and said the projects were among the last the Trump Organization signed up before his father became president. (https://reut.rs/2N7qClh)

The former U.S. President kept ownership of his global business empire, but handed off control to his two oldest sons through a trust while in office.