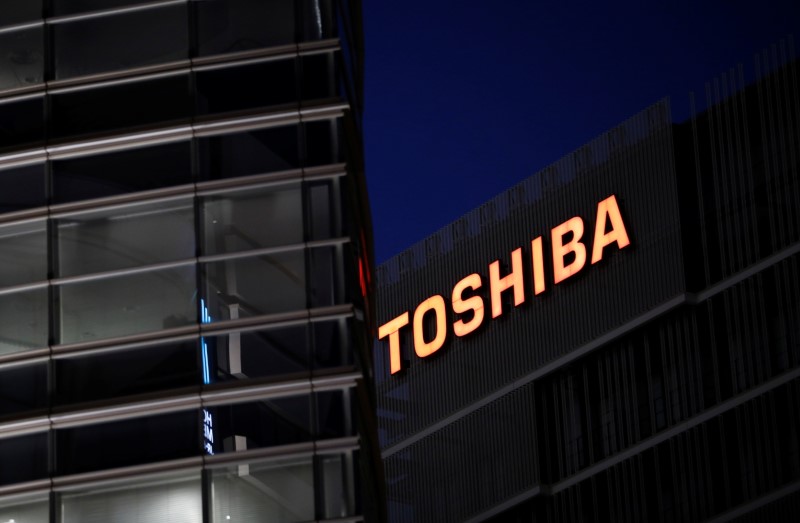 © Reuters. FILE PHOTO: The logo of Toshiba Corp. is seen at the company’s facility in Kawasaki, Japan June 10, 2021. REUTERS/Kim Kyung-Hoon

The comment from Osamu Nagayama, the chairman of Toshiba’s board, comes after a shareholder-commissioned investigation revealed the company colluded with the Japanese government to “beat up” foreign shareholders.

One shareholder has described the scandal as the biggest corporate scandal in a decade.

Nagayama, who apologised to shareholders, also told a news conference broadcast online that it will hold an emergency general meeting to appoint new board members and wants to include two foreigners among new directors.

“There was a somewhat confrontational stance towards shareholders brewing from some time ago,” Nagayama said, when asked about the responsibility of former CEO Nobuaki Kurumatani.

“That’s an underlying cause in one sense for the current state of affairs,” Nagayama said.

It was not immediately clear if that admission would be enough to win over shareholders.

The crisis at Toshiba has renewed concern about governance in the world’s third-largest economy and its openness to foreign investors.

It’s Safe To Buy Some GE Shares To...