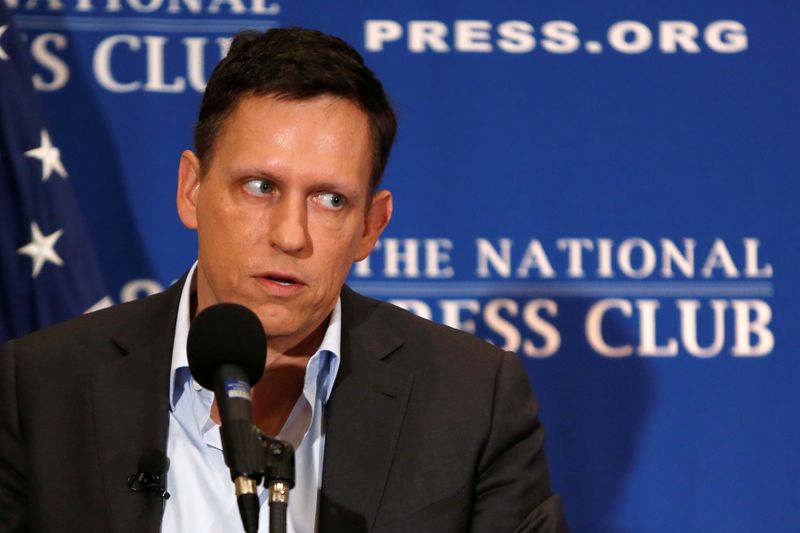 © Reuters. FILE PHOTO: PayPal co-founder and Facebook board member Thiel delivers speech on US presidential election at the National Press Club in Washington

(Reuters) – Peter Thiel-backed biotech developer AbCellera Biologics Inc, which has partnered with Eli Lilly (NYSE:LLY) for its COVID-19 antibody drug, said on Monday it expects to raise up to $391 million in its initial public offering (IPO).

There has been a strong demand for new biotechnology stocks, with almost half of the U.S. IPOs in 2020 coming from the healthcare sector, according to data from IPOScoop.

Reuters reported in September that AbCellera had hired investment banks for a U.S. IPO and could look to raise between $200 million and $300 million.

The company plans to list its shares on the Nasdaq Global Market under the symbol "ABCL".