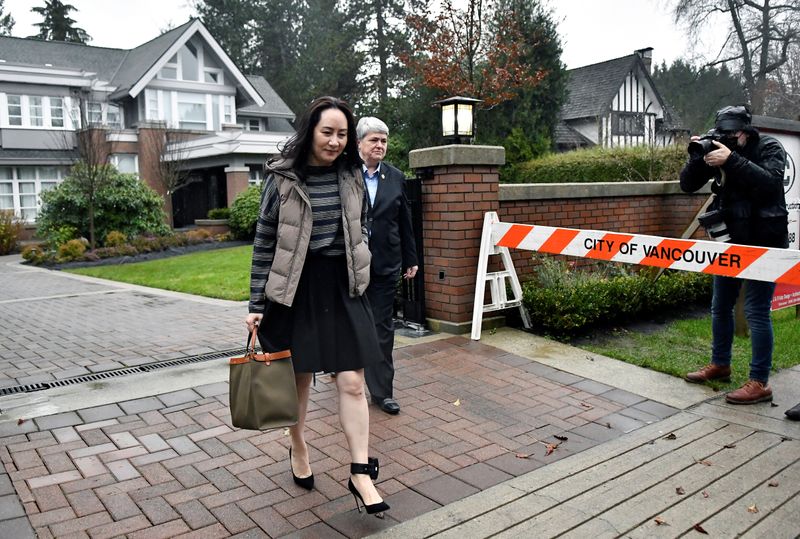 VANCOUVER (Reuters) – Testimony of a Canadian police officer acting as the airport liaison when Huawei Chief Financial Officer Meng Wanzhou was arrested two years ago will continue in court on Tuesday as the witness cross examination in Meng's U.S. extradition hearings enters the final week.

Prosecutors are trying to establish that Meng's arrest by the Canadian federal police and the investigation by the border officials were aboveboard. Meng's lawyers are seeking to prove that Canadian and U.S. authorities illegally directed the Canada Border Services Agency's (CBSA) examination of Meng in order to use the agency’s additional investigative powers to gather information from her without a lawyer present.

Meng, 48, was arrested in Canada in December 2018 on a warrant from the United States. She is facing charges of bank fraud for allegedly misleading HSBC Holdings Plc (LON:HSBA) about Huawei Technologies Co Ltd's business dealings in Iran, causing the bank to break U.S. sanctions.

She has said she is innocent and is fighting the extradition from under house arrest in Vancouver.

The witness testimony this week has generated more attention after news last week that U.S. prosecutors are discussing a deal with lawyers for Meng to resolve criminal charges against her, signaling a potential end to a case that has strained ties between the United States, China and Canada.

Her lawyers have argued in the British Columbia Supreme Court that Meng's extradition should be thrown out based on alleged abuses of process that took place during her investigation by Canadian border officials and subsequent arrest by police, including inappropriate coordination between U.S. and Canadian authorities.

Royal Canadian Mounted Police (RCMP) Sergeant Ross Lundie testified on Monday that he was "very uncomfortable" being the point of contact for the U.S. Federal Bureau of Investigation because he felt it conflicted with his responsibilities as a Canadian police officer.

"At the end of the day, I'm not there to provide information and act on behalf of the FBI. I’m there working as an RCMP member," Lundie told the court.

Prosecutors are arguing that Meng's extradition is valid and procedures were followed.

On Friday, Canadian Prime Minister Justin Trudeau said the release of the two Canadians was his "top priority," while declining to comment on the talks to release Meng.

Meng’s case is scheduled to wrap up in April 2021.