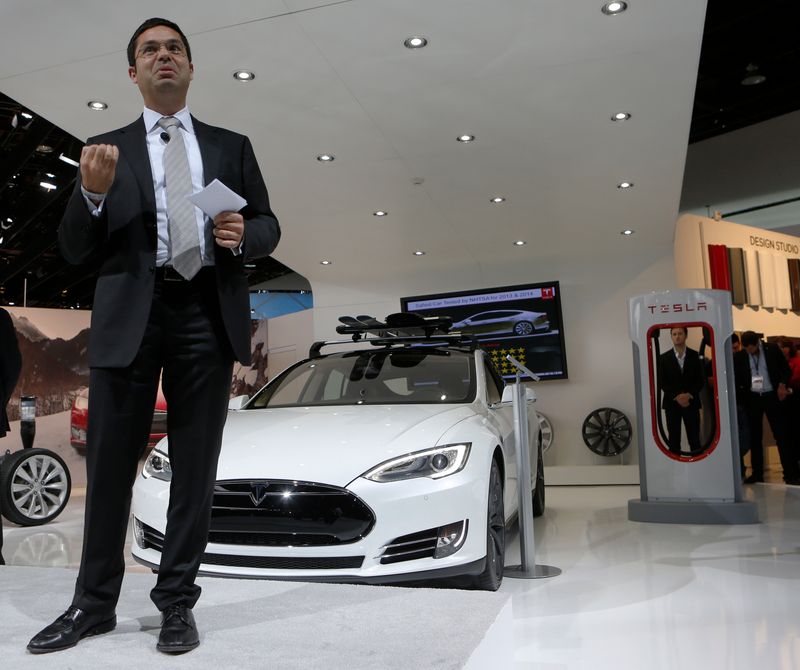 (Reuters) – Long-time Tesla (NASDAQ:) Inc executive Jerome Guillen, who oversaw its Semi electric trucks slated to be launched this year, has left the company, Tesla said on Monday, barely three months after taking over the role.

Guillen, who has been with the company for over a decade since starting as a Model S program director in 2010, oversaw Tesla’s entire vehicles business before being named president of the Tesla Heavy Trucking unit in March. He was one of Tesla’s top four leadership members, including CEO Elon Musk.

Dan Levy, a Credit-Suisse analyst said in a note the departure is “negative given Guillen previously viewed as central to Tesla” as he was “arguably key in stabilizing auto biz post Model 3 launch” in 2017.

Tesla is yet to begin delivering its battery-powered Semi electric commercial truck, with Musk saying in recent months that battery cell supply constraints could delay its mass production to 2022.

Musk also said in January that Tesla would be able to produce the Semi when its new 4680 cells could be produced in volume, alleviating a battery shortage.

Separately, Musk said on Sunday that Tesla has canceled its longest-range Model S Plaid+, which would use 4680 cells and whose production had been delayed to next year.

“They made a big deal about 4680 … we are just upset the first (car with) 4680 apparently was abruptly canceled. This just raises more questions that they need to address,” Louis Navellier, chief investment officer at Navellier, said.

Guillen was one of only a few long-serving executives at Tesla, which is known for the high turnover rate of its executives.

RJ Johnson, who headed Tesla’s Energy operations to sell solar and energy storage products, left the company after less than two years, according to his LinkedIn profile. He moved to startup Stealth Mode.

(This story corrects to remove extraneous word “then” in para 2, adds period.)