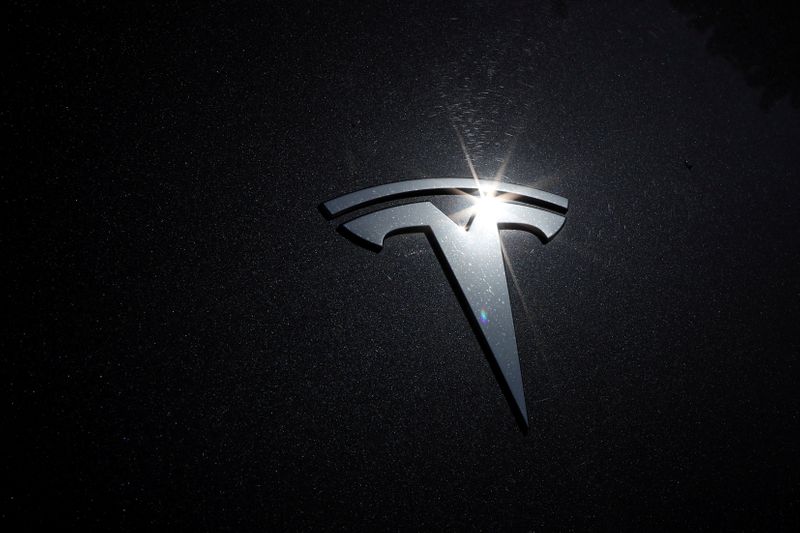 © Reuters. The Tesla logo is seen on a car in Los Angeles

By Bhargav Acharya and Aakriti Bhalla

BENGALURU (Reuters) – Billionaire Elon Musk's Tesla Inc will set up an electric-car manufacturing unit in the southern Indian state of Karnataka, according to a government document seen by Reuters on Saturday.

"The U.S. firm Tesla will be opening an electric car manufacturing unit in Karnataka," the state government said in a brief statement.

The statement was part of a broader document outlining the highlights of India's budget to its people in the local language of Kannada.

Last month, the electric carmaker incorporated Tesla Motors (NASDAQ:) India and Energy Private Limited with its registered office in the city of Bengaluru in Karnataka, a hub for global technology companies.

State Chief Minister B.S. Yediyurappa had then said in a tweet, which was subsequently deleted, that Tesla would start its operations in India with an R&D unit in Bengaluru.

It was not immediately clear if the Saturday statement was referring to the same unit.

Tesla and the office of Karnataka state chief minister did not immediately respond to Reuters' request for comments.

Musk has tweeted several times about the company's impending foray into India. In December, the Tesla CEO confirmed in an exchange on Twitter that Tesla will launch in the country in 2021.

India has been keen to reduce its oil dependence and cut down on pollution, but its efforts to promote electric vehicles have been stymied by a lack of investment in manufacturing and infrastructure such as charging stations.