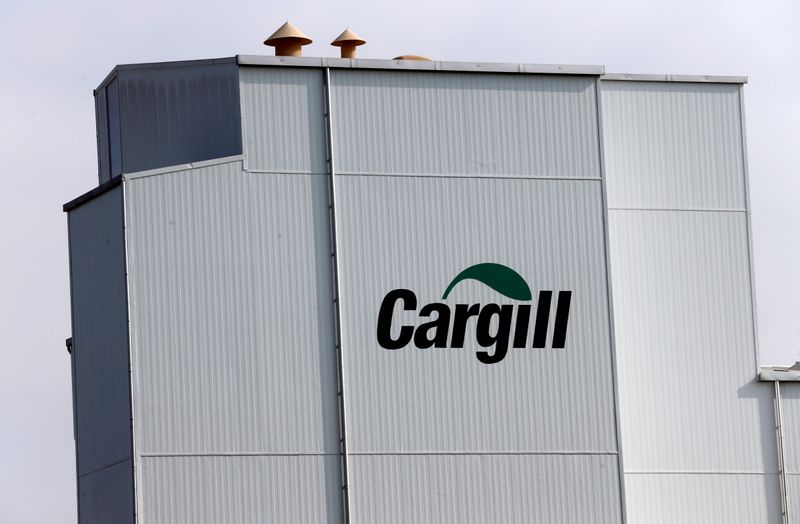 © Reuters. FILE PHOTO: A Cargill logo is pictured on the Provimi Kliba and Protector animal nutrition factory in Lucens

TAIPEI (Reuters) – Taiwan's central bank has allowed U.S.-based commodities house Cargill Ltd to repatriate around $2 billion that had been frozen as part of an investigation into currency manipulation, four people with direct knowledge told Reuters.

Speaking on condition of anonymity, as they were not authorised to speak to journalists, sources told Reuters that Cargill was one of the main grains companies involved. The central bank has not named Cargill in its communications on the matter.

The central bank declined to comment. Cargill did not immediately respond to a request for comment outside regular U.S. business hours.

The deal to get roughly $2 billion of funds due to Cargill and one of its fully-owned subsidiaries out of Taiwan came after eight months of negotiations with the central bank, sources said.

The Taiwan dollar is at its highest in more than 23 years against the U.S. dollar as the island's trade-dependent economy booms on global demand for its tech products, fuelled by people working from home amid the coronavirus pandemic.

The central bank has previously said that starting from July 2019, eight grains trading companies ostensibly carrying out routine currency transactions for their business had in fact engaged in currency speculation, and as a result affected the stability of Taiwan's foreign exchange market.

It put the total value of the trades at $11 billion.