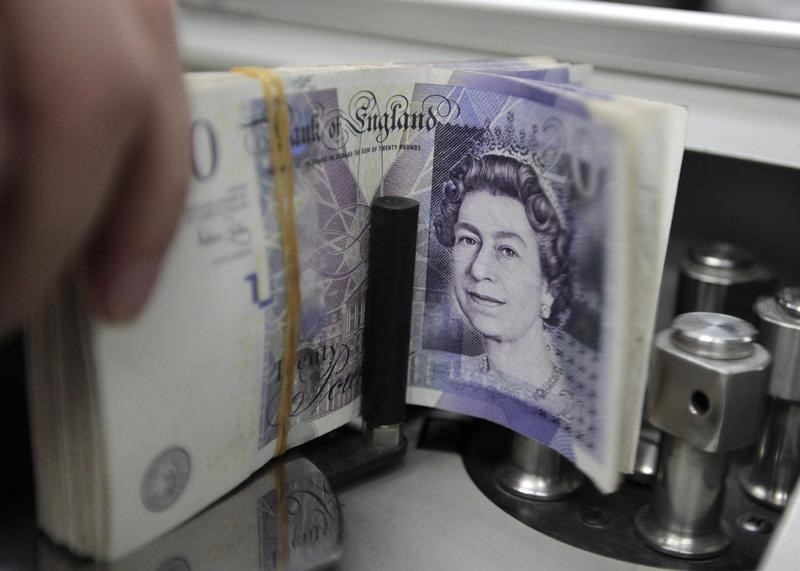 Investing.com – The pound rallied to a nearly three-year high on positive labor market news and ongoing hopes for a vaccine-fueled recovery as the U.K. sets its sights on reopening over the next few months, but another sharp increase in the currency could trigger the Bank of England to rein in the high-flying currency.

The strength in the pound Tuesday was also supported by better-than-expected labor market data despite the ongoing lockdown. “The latest UK labour market figures were largely consistent with stability around the turn of the year,” Daiwa Capital Markets said.

Sterling has made a strong start to the week following five straight months of gains and optimism over the reopening in the U.K. Prime Minister Boris Johnson said the country would end Covid-19 restrictions by June 21.

“The plan Prime Minister Boris Johnson announced yesterday which entailed lifting all corona-related restrictions by the middle of the year, provided some further support to Sterling,” but if the appreciation continues apace it would have an increasingly restrictive effect on the real economy and threaten to slow the recovery. I would therefore not expect any further support for sterling from the BoE,” Commerzbank (DE:CBKG) said.

Still, sterling is unlikely to see an abrupt end to its months-long rally as its gains since December are “not dramatic yet,” the bank added. “On a trade weighted basis Sterling has appreciated by approx. 5% since mid-December.”

Earlier this month, the central bank but ended expectations of cutting rates below zero.

“While the Committee was clear that it did not wish to send any signal that it intended to set a negative Bank Rate at some point in the future, on balance, it concluded overall that it would be appropriate to start the preparations to provide the capability to do so if necessary in the future,” the BoE said.