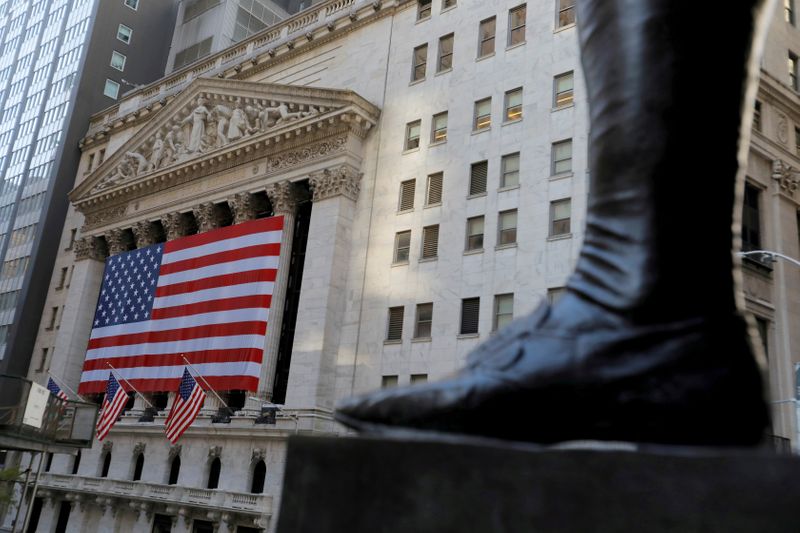 NEW YORK (Reuters) – The so-called "stay-at-home" trade will not end next year even if the pandemic is defeated, according to managers of the top-performing U.S. mutual fund managers of 2020. They are continuing to bet on those stocks.

Funds that went early into stocks such as Zoom Video Communications (NASDAQ:ZM) Inc and telemedicine company Teladoc (NYSE:TDOC) Health Inc saw their returns soar this year as more aspects of everyday life went online. Yet the announcements of successful coronavirus vaccines by Pfizer Inc (NYSE:PFE) and Moderna (NASDAQ:MRNA) Inc in early November have helped broaden the market rally to financial, energy and leisure stocks that would benefit from an economic rebound. That has pushed the return of the S&P 500 Value index up 5% since then, slightly ahead of the 4.1% gain in the S&P 500 Growth index.

"It's likely that we could see a temporarily cyclical rotation as the vaccine rolls out in mass," said Anthony Zackery, a portfolio manger at Zevenbergen Capital Investments. Two of the funds that Zackery helps manage – the Zevenbergen Genea and the Zevenbergen Growth – gained more than 130% since the start of the year through Dec. 18, putting both within the top 10 best-performing U.S. actively managed equity mutual funds tracked by Morningstar. The benchmark S&P 500, by comparison, is up 14.8% over the same time.

Yet Zackery cautioned that he thinks a value trade will be short-lived. "We don't think a vaccine and reopening of the economy will stop the inevitable adoption of telemedicine, ecommerce and some of the other secular trends we're watching," he said.

Zackery said his fund has found "fertile ground" and added some of the recent growth-focused companies that have gone public in the last few months despite their high valuations.

"Even companies like Snowflake or Airbnb or DoorDash may have high market caps compared with industry comparables, but they are bringing in sales and revenue, unlike the companies of the dot-com era," he said.

With $21.3 trillion in assets, the U.S. mutual fund industry is the largest in the world and one of the prime ways through which Americans save for retirement. Overall, U.S. households hold 89% of all assets held in mutual funds, according to the Investment Company Institute, making them one of the best proxies for retail investor returns.

Gary Robinson, a portfolio manager at Baillie Gifford whose Baillie Gifford US Equity Growth fund has returned 133.7% since the start of the year through Dec. 18, said he remains focused on e-commerce and telemedicine stocks that have rallied this year and secular growth companies like Tesla (NASDAQ:TSLA) Inc.

Among new additions to the portfolio this year were cloud communications platform company Twilio (NYSE:TWLO) Inc, which has rallied 271% for the year to date, and insurance company Lemonade Inc, which is up 53% since it went public in July.

"Even after you've seen relatively fast growth, you've still got a lot of room to go," he said.

Michael Baron, a portfolio manager at Baron Capital whose Baron Partners fund is up 145.6% since the start of the year, said he sees no reason to change the fund's strategy of mixing high-growth companies in with financials and real estate companies.

"There's a light at the end of the tunnel but we're not making dramatic changes to the portfolio post-COVID," he said.

Among the fund's holdings are hotel operator Hyatt Hotels (NYSE:H) Corp, which Baron expects to post higher margins in 2021 after it took steps to rein in costs such as laying off 1,300 people in May, and home-listing site Zillow Group (NASDAQ:ZG) Inc, whose shares have jumped 206% year to date.

"We just don't think we are going back to the old ways of doing business," Baron said.