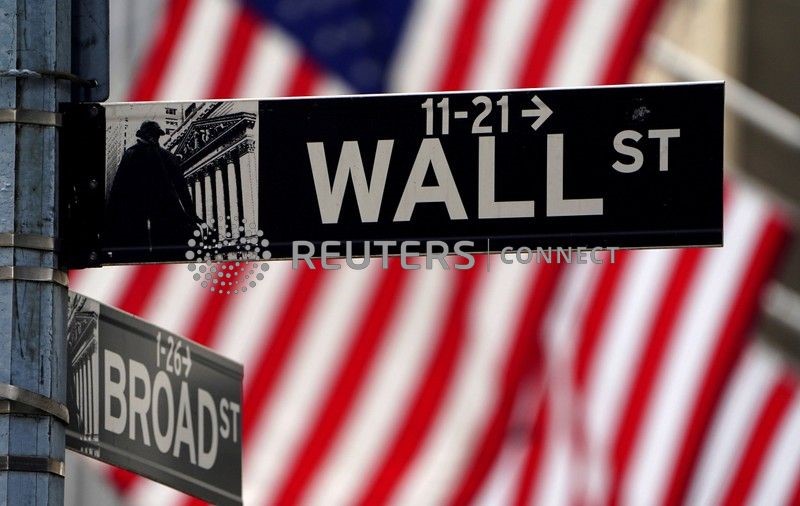 By David French and Medha Singh

(Reuters) – The and Nasdaq eked out record high finishes on Monday, despite most traders being focused on this week’s Federal Reserve meeting and not on adding to existing positions.

Investors are seeking new cues from the central bank on its inflation outlook, after recent data indicated the U.S. economy is regaining momentum but not overheating. This has eased investor worries about inflation.

While the Fed has reassured that any spike in inflation would be transitory, policymakers could begin discussing the tapering of bond buying at the Tuesday-Wednesday meeting. Most analysts, however, do not expect a decision before the central bank’s annual Jackson Hole, Wyoming, conference in August.

Any shift in the Fed’s dovish rhetoric could upend equity markets. The S&P benchmark has climbed 13.1% this year, while the Dow and the Nasdaq have risen 12.7% and 9.2%, respectively.

“There are really good arguments on both sides of the inflation debate, but to think it’s a good idea to make substantive changes right now, based on continued increase in inflation or a transitory rate, seems silly to me,” said Mark Stoeckle, CEO and senior portfolio manager of the Adams Funds.

High-growth tech-related stocks, which were at the heart of a sell-off driven by fears of rising rates, have regained their footing this month at the expense of economy-linked industrials, financials and materials stocks.

The S&P technology index closed at 2,515, just shy of its highest-ever finish on April 26. It was one of a half-dozen sectors that ended in positive territory. Materials and financials were the leading laggards.

Lordstown Motors Corp tumbled 18.8% after it said Chief Executive Steve Burns and Chief Financial Officer Julio Rodriguez have resigned, days after the electric-truck maker warned that it may not have enough cash to stay in business over the next year.

The news weighed on special purpose acquisition companies that are trying to merge with electric-vehicle manufacturers, as Lordstown Motors did. Churchill Capital Corp IV, which is combining with Lucid Motors, and ArcLight Clean Transition Corp, which announced a tie-up with electric bus maker Proterra, fell 4.1% and 4.8% respectively.

“There are a lot of bad companies, but there are some good companies in these SPACs that are going to be good opportunities at some point. You just have to have a lot of patience,” said Stoeckle.

Tesla (NASDAQ:) gained 1.3% as CEO Elon Musk tweeted that the electric-car maker may resume bitcoin transactions. vaulted back above $40,000 on Musk’s comments.

Volume on U.S. exchanges was 9.80 billion shares, compared with the 10.57 billion average over the last 20 trading days.