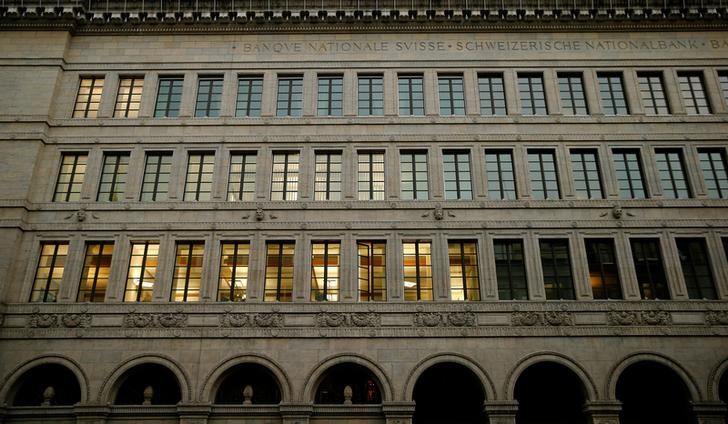 (Bloomberg) — The Swiss National Bank kept interest rates at record lows and pledged to continue its policy of foreign-exchange interventions as the economy remains vulnerable due to the pandemic.

Officials led by President Thomas Jordan reiterated that the franc is “highly valued,” and also kept both the policy rate and deposit rate at -0.75%, as predicted by economists.

Although the currency’s drop to a 20-month low against the euro in recent weeks has given officials some respite, inflationary pressures remain weak and the slow deployment of Covid-19 vaccinations is crimping economic activity.

“The coronavirus pandemic is continuing to have a strong adverse effect on the economy,” the SNB said in a statement on Thursday. “Despite the recent weakening, the Swiss franc remains highly valued.”

The SNB spent 110 billion francs ($117 billion) last year on interventions, the most since 2012, as the pandemic roiled markets. That didn’t escape the notice of the U.S. Treasury, which labeled Switzerland a manipulator in December.

The central bank has denied the charge, saying the small size of the domestic bond market makes interventions the most effective tool for curbing the currency’s strength and staving off deflation.

Central-bank data also suggest the pace of interventions has dropped since the start of the year, as the franc depreciated against the dollar and the euro.

The SNB reiterated its growth forecast released in December for an expansion of 2.5%-3% this year. It raised its outlook for inflation in 2021 and 2022, though beyond that horizon its projection is “virtually unchanged,” officials said.