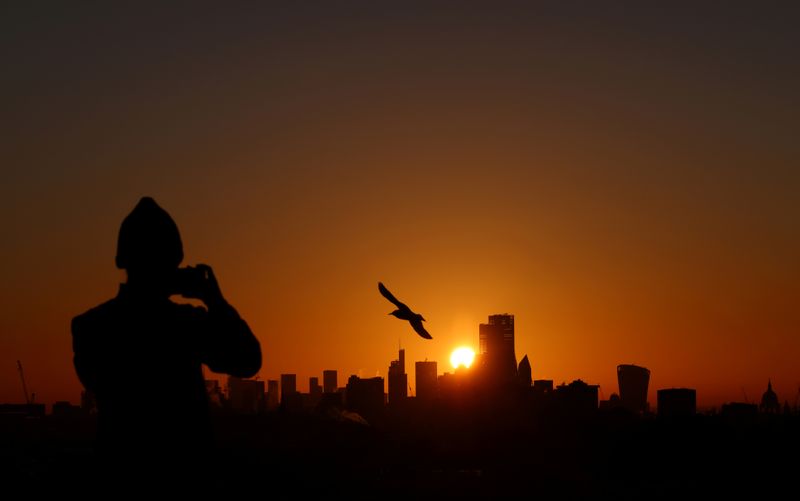 © Reuters. FILE PHOTO: A person takes a photograph of the London skyline from Primrose Hill 2/2

Signature said it was recommending the new proposal and had withdrawn its support for a previous offer by GIP, which last month raised its bid to $5.50 per share.

The latest offer of $5.62 per share could end a months-long takeover battle for London-listed Signature, which at one point attracted interest from private equity firm Carlyle.

"We await with interest to see whether Carlyle or any other interested party make a higher offer," Peel Hunt analysts said.

The latest cash offer is to buy all of Signature's shares other than the 19.01% owned by Cascade Investment and the Bill & Melinda Gates Foundation Trust.

Signature rejected an initial approach from New York-based GIP in December, saying the price was lower than the proposal outlined by Blackstone.

The stock has jumped nearly 60% since Blackstone's takeover interest was first disclosed in December, which Signature then said was its sixth such proposal.

GIP, which still manages a 49.99% stake in Gatwick, and Blackstone will each own 35% of the Signature bidding consortium, while Cascade will own 30%.