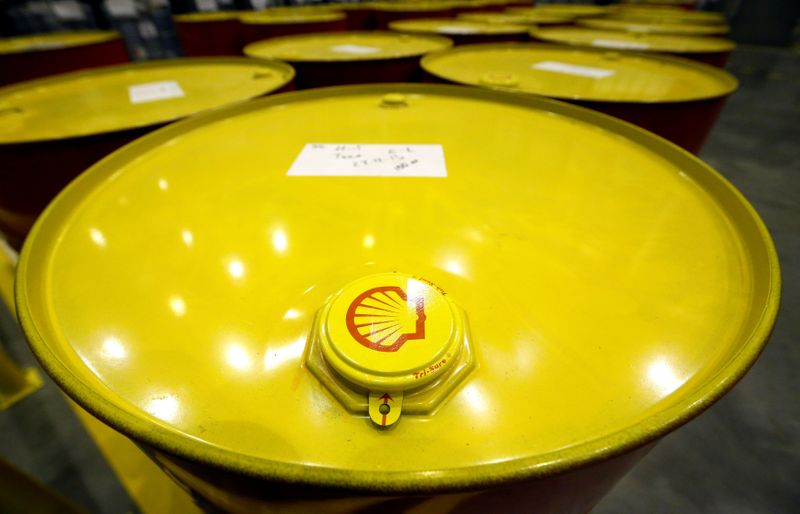 By Ron Bousso and Shadia Nasralla

LONDON (Reuters) – Royal Dutch Shell (LON:RDSa)'s profit last year dropped to its lowest in at least two decades as the coronavirus pandemic hit energy demand worldwide though the company said it expected to raise its dividend again in a sign of confidence.

Shell's oil and gas production and profit from refining crude into fuels dropped sharply last year but it was able to avoid the huge losses of its rivals thanks to strong trading operations and sales at its network of more than 45,000 filling station where it also has convenience stores.

"We are coming out of 2020 with a stronger balance sheet," Chief Executive Ben van Beurden said in a statement.

Shell shares collapsed in 2020 to hit 878.1 pence on Oct. 28, their lowest in more than a quarter of a century. They have recovered slightly but are still down 40% since the end of 2019, before COVID-19 savaged oil markets.

For a graphic on Shell's annual profits:

Like its rivals, Shell responded to the unprecedented drop in oil and gas demand last year by cutting spending sharply.

It is also planning a major restructuring as part of its plan to reduce greenhouse gas emissions to net zero over the next 30 years. It plans to cut 9,000 jobs, or more than 10% of its workforce, as it shifts to low-carbon energy.

Reducing costs is vital for Shell's plans to move into the power sector and renewables where margins are typically lower than for fossil fuels.

Despite a 28% drop in fuel sales last year, Shell's adjusted earnings from marketing and trading only fell 3% to $4.6 billion compared with 2019.

But at the same time, Shell's cash flow was down nearly a fifth from a year earlier while its debt-to-equity ratio rose to 32% from 29%, exceeding the company's target.

Its fourth-quarter profit fell 87% from a year earlier to $393 million – missing analyst forecasts for a profit of $597 million – dragged down by weak liquefied natural gas prices, lower production and weak refining margins.

In a sign of confidence, though, Shell said it expected to raise its dividend for the first quarter of 2021 by 4% from the previous quarter.

That would be the second slight increase since Shell slashed its dividend by two-thirds in the first quarter of 2020 in response to the COVID-19 pandemic, the first reduction since World War Two.

Shell's net debt at the end of the fourth quarter rose about $2 billion on the previous quarter to $75.4 billion, with its gearing – or debt-to-equity ratio – ticking up to 32.3%.

For a graphic on Shell's quarterly profits: