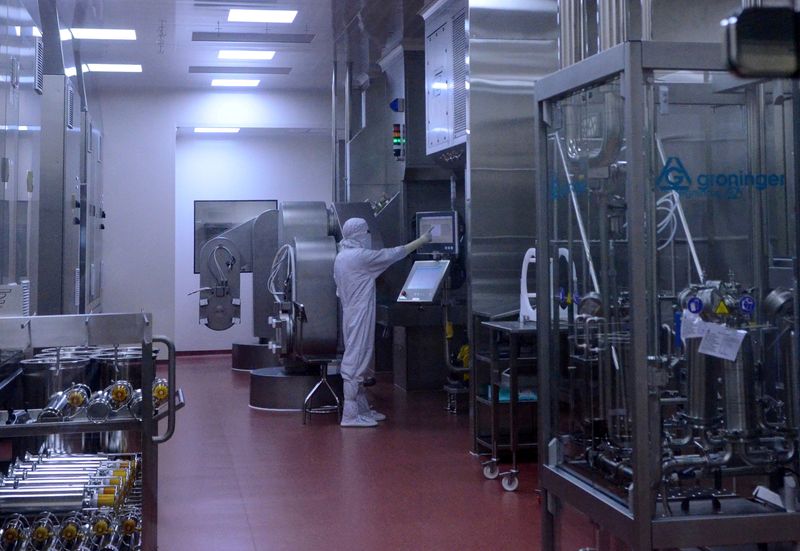 By Euan Rocha and Nidhi Verma

Serum Institute of India (SII), which has partnered with the British drugmaker to conduct trials on its COVISHIELD vaccine in India and produce the vaccine candidate if it secures approval, plans to apply for an emergency use licence for the vaccine in the next two weeks, said SII's Chief Executive Adar Poonawalla.

"This vaccine is a very good one," said Poonawalla, via a virtual press briefing following Indian Prime Minister Narendra Modi's visit to SII's campus on Saturday.

"What we found with COVISHIELD in its global trial is there were zero hospitalisations, which means even if you do get infected you're not going to have a severe attack and secondly even those who got the disease were not infecting others," he said.

Poonawalla's comments come as a boost to AstraZeneca after some scientists raised doubts about the robustness of results showing the shot was 90% effective in a sub-group of trial participants who, by error initially, received a half dose followed by a full dose.

He also noted that the AstraZeneca vaccine, along with the vaccine from Novavax (NASDAQ:NVAX) – the U.S. vaccine developer that SII has also partnered with – offered a significant edge over the vaccine candidates of certain rivals, which need to be stored at much lower temperatures.

"Both our vaccine candidates can be stored in 2 Celsius to 8 Celsius and India has lot of storage and infrastructure for that temperature range. It has slightly less storage capacity for -20 C and almost nothing for -70 C," said Poonawalla.

U.S. vaccine developers Moderna (NASDAQ:MRNA) and Pfizer (NYSE:PFE) recently announced strong efficacy results on their respective vaccine candidates, but both of their vaccines need to be stored at very low temperatures that would present challenges for many developing economies.

Moderna has said its vaccine can be stored at normal fridge temperatures of 2 to 8 degrees Celsius for 30 days and it can be stored for up to 6 months at -20C. Pfizer's experimental vaccine must be stored at -70C over longer durations.