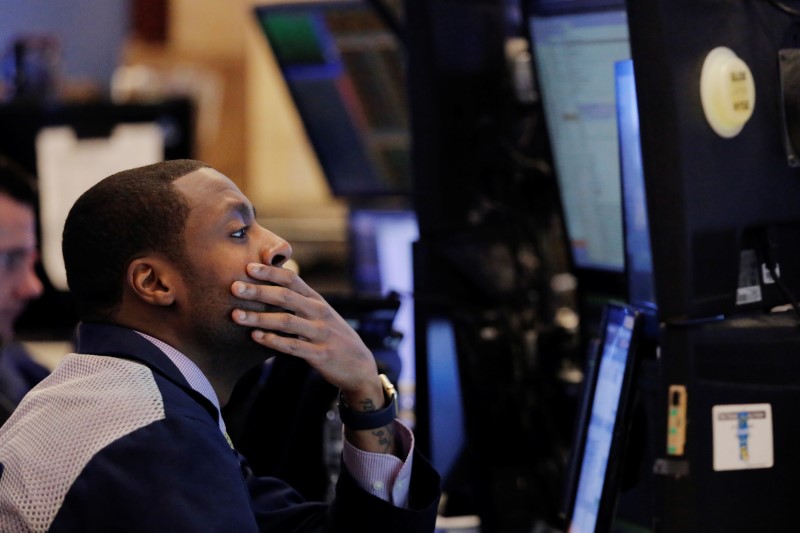 Investing.com – The S&P 500 traded sideways Tuesday as investors continue to keep their powder dry ahead of Thursday’s inflation numbers, while Clover Health Investments became the latest stock to ride to meme wave higher.

Megacap tech, which is on a three-week winning streak, continued to add gains helped by weaker U.S. bond yields, but upside in the broader tech sector was kept in check by weakness in semiconductors stocks.

The move lower in yields comes ahead of the Thursday’s consumer inflation report, which many on Wall Street expect to reflect pent-up demand from consumers awash with cash.

Morgan Stanley (NYSE:) noted that there is too much hype on inflation spiraling out of the control the recent strength in the CPI have not been broad-based, and the strong reflation in the sectors that had experienced pandemic blues could likely fade.

“Consumer balance sheet strength cannot be taken for granted – there are already signs that consumers are balking at the idea of buying cars or furniture as prices rise,” Morgan Stanley said in a note.

Energy was among the biggest sector gainers on the day, led by Diamondback Energy (NASDAQ:), Exxon Mobil (NYSE:) and Nov (NYSE:).

Aircraft maker Boeing (NYSE:), a major Dow component, was marginally higher after delivering 17 planes in May including 10 737 MAX jets.

Biogen (NASDAQ:), meanwhile, was flat after surge a day earlier even as Wall Street analysts upgraded their outlook on the stock after the Food and Drug Administration approved the company’s Alzheimer’s drug on a conditional basis.

Biogen needs to complete a post marketing clinical trial to confirm the drug can improve cognition, the FDA said.

Oppenheimer upgraded its price target on the stock to $450 from $325 prior and maintained its outperform rating, citing expectations for an 80% probability of approval for the drug.

In the meme trade, Clover Health Investments (NASDAQ:) became the most mentioned stock on Reddit’s WallStreetBets forum on Tuesday, according to QuiverQuant, pushing its share price more than 70% higher.