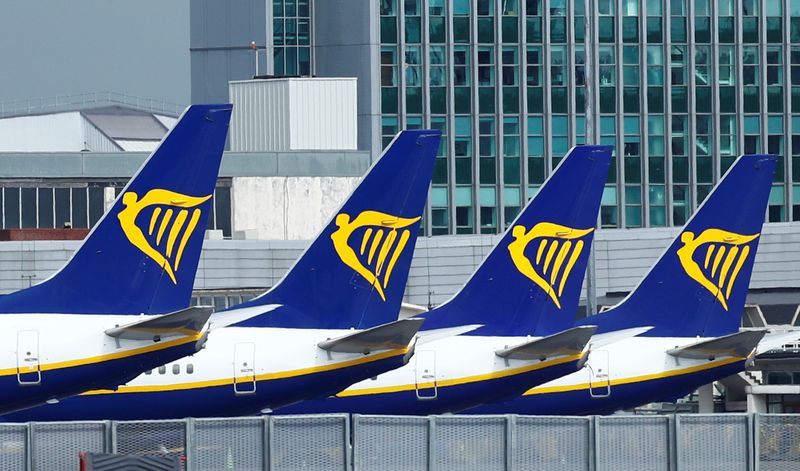 PARIS (Reuters) – Ryanair is close to placing an order for dozens of additional Boeing (NYSE:BA) 737 MAX jets in a commercial boost to the U.S. planemaker after regulators lifted a 20-month safety grounding, industry sources said.

Europe's largest low-fare carrier, which has an option to expand its current order by 75 jets to 210 aircraft, declined to comment. Boeing could not immediately be reached for comment.

Ryanair has been negotiating for months to expand its order for 135 aircraft as part of discussions with Boeing over compensation for delays caused by the grounding, but no decision had been expected until the plane was cleared to resume flights.

Ryanair is one of Boeing's largest worldwide customers and an order from the Irish carrier is seen as a pivotal moment in efforts by Boeing to rehabilitate the troubled 737 MAX, once its fastest-selling model.

The upgraded single-aisle jet was grounded in March 2019 following crashes in Indonesia and Ethiopia in which a total of 346 people died, spawning multiple investigations.

Each MAX is worth about $125 million at list prices but jets typically sell for closer to half their catalogue value and Ryanair is expected to win even steeper discounts for placing a key order amid cancellations by some buyers, the sources said.

Aviation photographer Michael Kelly tweeted a picture of a Boeing-operated private jet landing in Dublin, fuelling speculation that Ryanair bosses would travel to the United States for an announcement, echoing a previous Boeing jet deal.

In a further move to restore the jet's reputation, American Airlines (NASDAQ:AAL) was due to make the first post-grounding demonstration flight with media later on Wednesday.