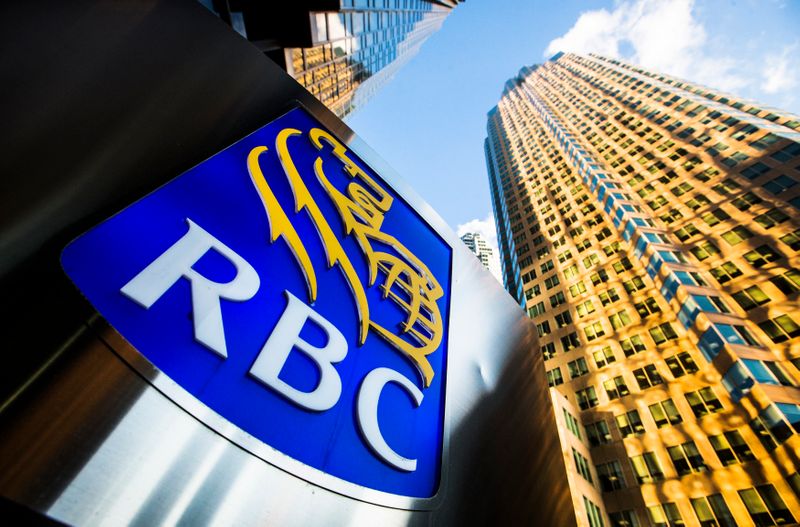 © Reuters. FILE PHOTO: A Royal Bank of Canada logo is seen on Bay Street in the heart of the financial district in Toronto

TORONTO (Reuters) – Royal Bank of Canada and National Bank of Canada (OTC:NTIOF) beat expectations for fourth-quarter profit on Wednesday, as they set aside less capital than analysts had anticipated to cover potential loan losses.

Provisions for credit losses at Royal Bank, Canada's largest lender, fell to C$427 million ($329.65 million) in the three months through October, by over a third from the previous quarter's multi-year high and 14% from its year-ago, pre-pandemic level. Analysts had expected nearly C$800 million.

Over the past three quarters, Canadian banks have set aside billions of dollars to cover a spike in sour loans due to the economic impact of the coronavirus crisis. While the surge has resulted in profit declines, their allowances for bad loans are now at multi-year highs.

On Tuesday, rivals Bank of Montreal and Bank of Nova Scotia also beat expectations on lower provisions than analysts had anticipated, and said their allowances were sufficient to cover any increase in impaired loans in fiscal 2021.

Royal Bank's gross impaired loans fell 17% from the previous quarter, while they rose 3% at National Bank.

National Bank's adjusted profit was C$1.69 a share, compared with expectations of C$1.52.