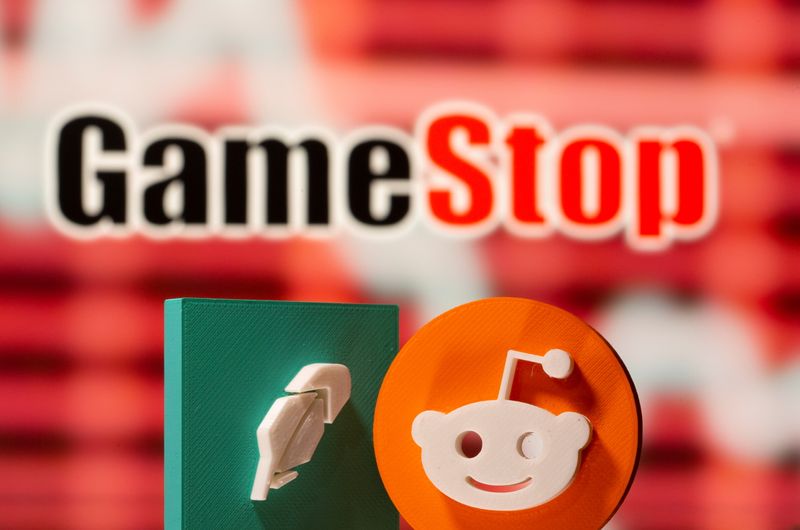 (Reuters) – A Wall Street hedge fund manager, the chief executive of Robinhood and a YouTube streamer known as "Roaring Kitty" laid out their defense on Wednesday ahead of a grilling by lawmakers over the Reddit-fueled rally in retailer GameStop Corp (NYSE:GME).

All three insisted that while the market turmoil around the stock was unprecedented, there was no foul play on their watch, according to official testimony published by the House Financial Services Committee a day before the scheduled hearing. (https://

Last month's Reddit rally drove massive volatility in GameStop and other shares, prompting the post-trade “clearing” houses that guarantee trades to call for billions of dollars in collateral from Robinhood and other retail trading platforms.

In response, many suspended buying in the affected stocks on Jan. 28. This outraged lawmakers, who questioned if the trading platforms were siding with hedge funds that had bet against the shares over Mom and Pop investors.

Vladimir Tenev, CEO of online brokerage Robinhood, wrote in his testimony that the decision to halt buying was solely due to the need to meet regulatory capital requirements. And Gabriel Plotkin said he was "humbled" when his hedge fund Melvin Capital Management suffered significant losses on the short end of the trade, but insisted his firm did not push Robinhood to suspend trading.

Keith Gill, who touted his GameStop investment for months on his Roaring Kitty YouTube channel and Reddit, insisted his position was solely based on publicly known fundamentals of the business and it was "preposterous" to suggest he sought to entice unwitting investors to buy shares.

On Thursday, the House committee will hear from the three, as well as from Steve Huffman, the CEO of Reddit and Ken Griffin, the CEO of hedge fund Citadel LLC and majority owner of Citadel Securities, a market maker to which Robinhood routes most of its customer orders. Their testimony has not yet been published.

While Robinhood has attracted the bulk of the ire from lawmakers, Tenev insisted his company had little choice but to suspend buying. He provided extensive detail on how the firm had to come up with billions of dollars of extra collateral within days to meet regulatory requirements.

He also dismissed the idea that Robinhood acted at behest of any hedge funds, calling such speculation "absolutely false and market-distorting rhetoric," while noting its customer agreement and securities rules give it discretion to freeze trading.