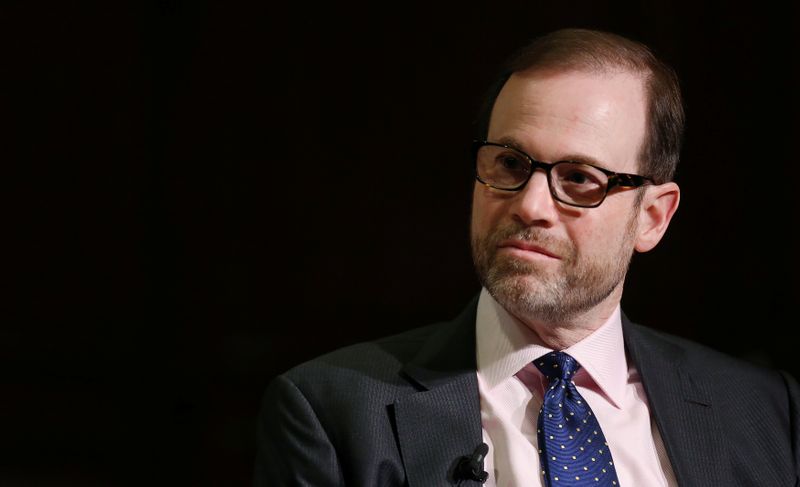 (Reuters) – Stephen J. Adler, editor-in-chief of Reuters for the past decade, said he would retire from the world's largest international news provider on April 1.

A search for his successor will begin over the next few days, Reuters President Michael Friedenberg said on Wednesday in a memo to Reuters staff.

During his tenure, Adler expanded the scope and ambition of Reuters' news offerings, introducing innovations across multiple platforms to serve the news agency's financial, media and professional clients.

The journalism he championed – impartial and courageous reporting both at speed and in-depth – won global plaudits and hundreds of journalism awards, including seven Pulitzer Prizes.

"We have reported the news with speed, accuracy, fairness and insight in every medium. We have provided unique value to our customers, spoken truth to power, and made the world a better place with our factual and fearless journalism," Adler said in a memo to the newsroom on Wednesday announcing his retirement.

Adler, 65, guided the Reuters newsroom through years of financial pressure and intensifying dangers for journalists around the world.

In 2017, two Reuters reporters in Myanmar were arrested and sentenced to seven years in prison. The reporters, who had been working on an investigation into the killing of 10 Rohingya Muslim men and boys by security forces and Buddhist civilians, were set up, arrested and then spent more than 500 days behind bars before they were freed.

Adler advocated publicly for their release, appearing at the United Nations in 2018 with international human rights lawyer Amal Clooney, who had been retained by Reuters to defend the reporters.

Just this week, a Reuters cameraman in Ethiopia was released after police had detained him for 12 days without charges.

"Steve has always cared deeply about journalists," Friedenberg said. "He has worked tirelessly to secure freedom for journalists in custody or under threat."

Steve Hasker, president and CEO of Thomson Reuters (NYSE:TRI), which owns Reuters, praised Adler as a "tireless advocate for independent journalism and a champion for press freedom and media literacy."

Adler also gained attention when he called for a non-partisan approach to U.S. political coverage during the early days of the Trump presidency. In a February 2017 memo, entitled "Covering Trump the Reuters Way," Adler instructed Reuters journalists to "operate with calm integrity," practicing the same "intrepid and unbiased" journalism that enabled the news agency to operate in more than 200 locations around the world.

"So what is the Reuters answer? To oppose the administration? To appease it? To boycott its briefings? To use our platform to rally support for the media? All these ideas are out there, and they may be right for some news operations, but they don’t make sense for Reuters," Adler wrote.

The memo was posted on Reuters.com and was viewed more than 720,000 times. https://reut.rs/38ZpCXa

A graduate of Harvard College and Harvard Law School, Adler got his start in journalism at local newspapers in Florida. He was a top editor at The American Lawyer from 1983 to 1988, before joining The Wall Street Journal where he held a variety of positions, including running investigative reporting teams and overseeing the paper's online edition.

Reuters supplies other news organisations and financial clients around the world, and its video, text, pictures, and graphics reach billions of people every day.

Though Reuters has a diversified business model, it has not been immune to cost constraints felt across the industry. In 2013, Reuters employed around 3,000 journalists. The newsroom now numbers 2,500. In 2013, Reuters shuttered its digital initiative, Reuters Next, and last year closed its direct-to-consumer television app Reuters TV after five years.

Reuters gained a significant measure of financial security in 2018, with a 30-year, $325 million-a-year agreement to supply news to Refinitiv – the financial information provider formed after Thomson Reuters' sale of a majority stake in its former Financial & Risk business to a group led by private equity firm Blackstone Group (NYSE:BX) LP. The deal made Refinitiv the largest single customer of Reuters.

In the year after the deal closed, Reuters reported that Refinitiv acquiesced to pressure from the Chinese government and blocked from its terminals in mainland China more than 200 Reuters articles that could be seen as critical of Beijing.

Adler and Friedenberg publicly criticized Refinitiv for the decision.

The London Stock Exchange has agreed to buy Refinitiv for $27 billion in a deal that is expected to close in the first quarter of this year.

Friedenberg said that, in searching for the person to succeed Adler, Reuters had the opportunity for a new leader to build on Adler's "remarkable legacy."

In his memo announcing his retirement, Adler said he plans to write and teach. He also will continue in his roles with advocacy groups such as the Reporters Committee for Freedom of the Press, which he chairs, and the Committee to Protect Journalists. He counselled colleagues to uphold the Trust Principles, a set of standards adopted in 1941 which continue to define how 170-year-old Reuters operates.

"If I have one piece of advice," he said, "it's to stay true to the Trust Principles – and preserve our defining commitment to integrity, independence, and freedom from bias."