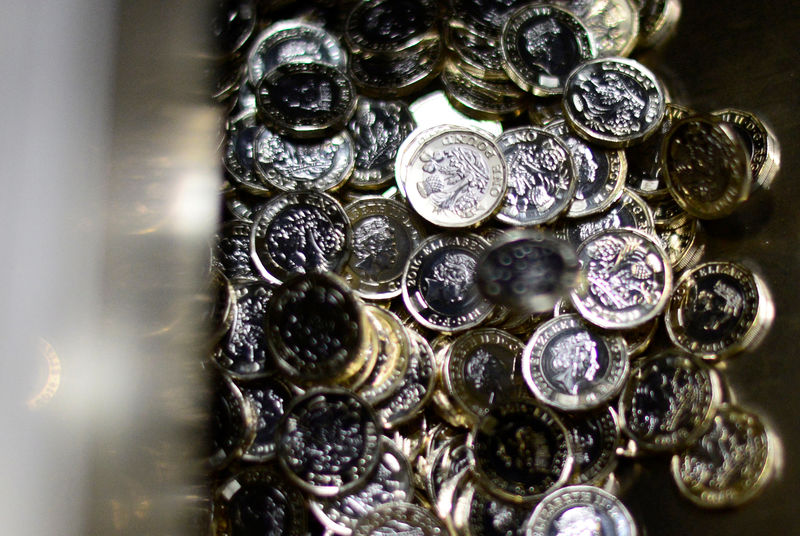 © Reuters. Pound Swings as Traders Brace for a Breakdown in Brexit Talks

Pound traders are positioning for a choppy ride as trade negotiations between Britain and the European Union reach a watershed moment.

The currency suffered its biggest drop in close to three weeks after the EU’s chief negotiator Michel Barnier said a deal wasn’t guaranteed, while the relative cost of hedging against a weaker sterling climbed to a nearly seven-month high.

Traders are getting jumpy as the Dec. 31 deadline to reach an agreement nears. Many investors expect the two sides to strike a deal, which leaves the currency vulnerable to any setbacks that could upend that assumption.

“We haven’t seen a move like that in the pound-dollar pair thus far, with the market ignoring most negative comments in recent weeks,” said Jordan Rochester, a currency strategist at Nomura International Plc. “I don’t think this leads to a sustained selloff in the pound but it’s definitely going to be choppy from here.”

Barnier told EU ambassadors that the three main obstacles to a trade deal with the U.K. remain unresolved: a level playing field for business, access to British fishing waters and the way in which the overall agreement is enforced.

The fell as much as 0.6%, it’s biggest drop since Nov. 12, to $1.3339. It briefly matched a three-month high earlier in the session, with officials racing to strike a deal before the start of next week.