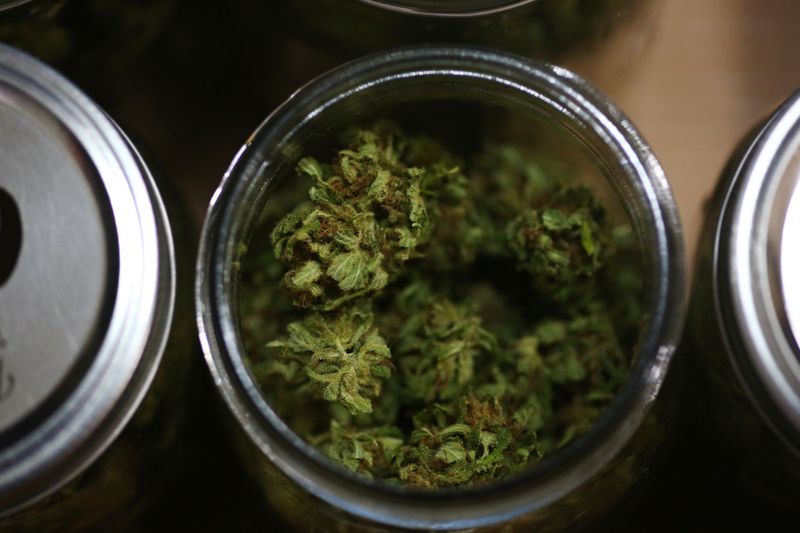 (Reuters) – Cannabis stocks surged on Wednesday as Democrats won a key U.S. Senate race in Georgia and led in another, moving closer to a stunning sweep that would give them control of Congress and power to act on their promise to legalize pot.

Pot stocks have rallied since Joe Biden's victory in the U.S. presidential elections in November and higher demand for pot during the coronavirus-led lockdowns.

Vice President-elect Kamal Harris' has promised pot decriminalization, which would remove it from the classified substances list. But with republicans gaining control of the senate in November elections, the passage of acts to decriminalize it, had looked bleak.

While marijuana has been legalized in some states, its use is still illegal at a federal level. Import of marijuana into the U.S. from other countries, or even across states, is prohibited and federally governed institutions, like banks, can even be charged with money laundering if they work with marijuana growers.

"Given Democrat President-elect Joe Biden will take office later this month, and the House remains controlled by the Democrats – a Democratic sweep could clear the way for more progressive cannabis legislation to be passed," said Aaron Grey of Alliance Global Partners (NYSE:GLP) in a note.