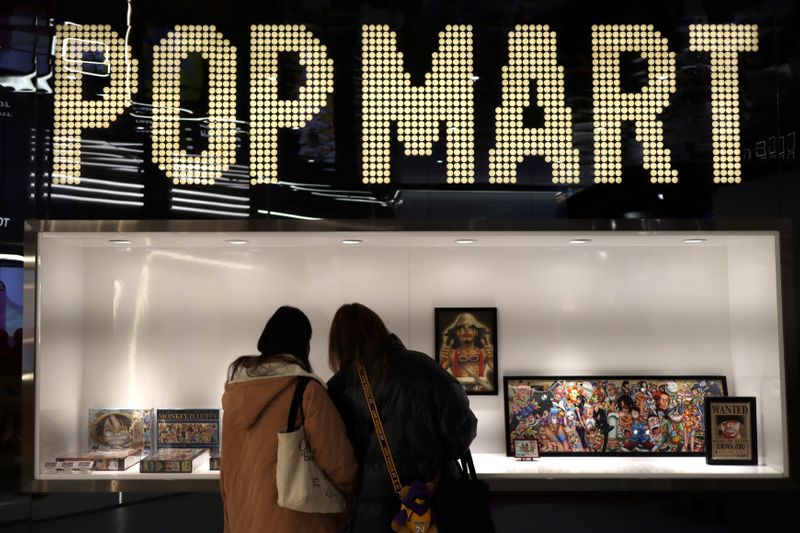 © Reuters. Customers are seen inside a store of Chinese toy maker Pop Mart at a shopping mall in Beijing

By Scott Murdoch and Donny Kwok

The company priced its IPO shares at HK$38.50 in the deal that was hotly contested by institutional and retail investors.

Pop Mart's shares opened at HK$77.10, outpacing the broader Hang Seng Index which is trading up 0.7% in the final session of the week.

Pop Mart's main product is "mystery" toy boxes that each hold a single figurine from different collections while its best selling character is the round-faced Molly doll.

Pop Mart's shares were priced at the top of the range flagged by the company and its advisers during the bookbuild carried out last week.

The company did not take on cornerstone shareholders which typically feature in most Hong Kong IPOs because its advisers were confident the deal would be highly sought after by investors.

Pop Mart's documents lodged with the Hong Kong Exchange showed the institutional portion of the deal was 44 times covered while the retail component was 356 times over subscribed.