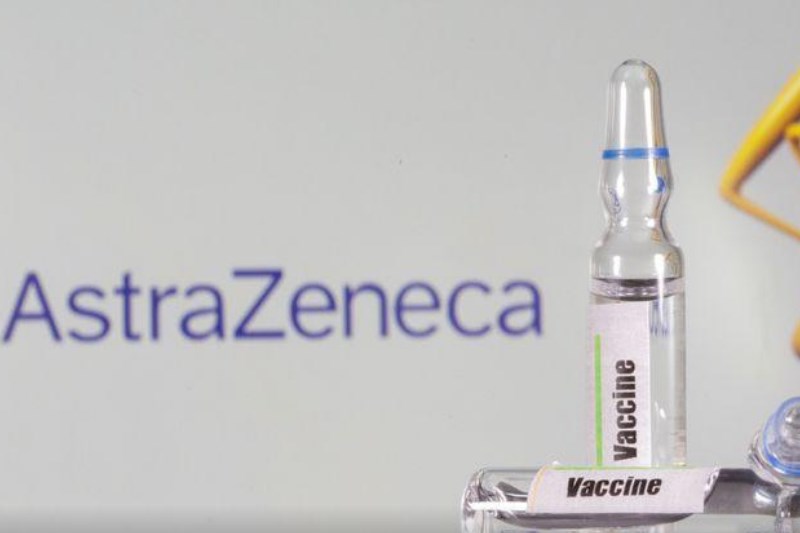 By Geoffrey Smith and Peter Nurse

Investing.com– AstraZeneca PLC (LON:) is in a race to develop an effective Covid-19 vaccine, but that's not it's only goal.

It's really known as a global leader in cancer treatments, winning a number of drug approvals in recent years by regulators around the world.

Earlier this week, the U.K.-based drug maker said late-stage trials of its Covid-19 vaccine showed 90% efficacy, but it quickly had to acknowledge flaws in the data.

Investing.com's Geoffrey Smith and explains why this rare misstep won't cause lasting damage, while Peter Nurse says the fall-out has real reputational risks that will weigh on valuation. This is Point/Counterpoint.

The bull case for AstraZeneca doesn’t need any contribution from the experimental vaccine for Covid-19.

The fact is that the company is a global powerhouse for oncology drugs and others that treat chronic diseases of the lungs and kidneys. It earns gross margins of 80% in a normal year and it expects its underlying earnings per share to grow by between 15% and 20% in 2020, a year when the world’s healthcare systems have had trouble finding resources for anything but treating Covid-19.

It is, beyond any reasonable doubt, a well-run company, whose shares deserve a management premium. In barely seven years as CEO, Pascal Soriot had raised the market value of an already mature business by 150% when the pandemic erupted. Soriot has quickly addressed this week’s misstep over communicating stage 2 trial results by ordering a new trial, as any responsible CEO might.

Global regulators have been pleased to approve a string of its drugs in recent years, and suggestions that this vital relationship will be damaged by an imperfect trial conducted under the extraordinary pressures of the current race for a Covid cure are alarmist.

Barring a fiasco wholly out of character with the rest of Soriot’s career, there is no downside risk for the share price even if the Covid-19 drug falls short. AstraZeneca’s share price is almost exactly where it was at the start of the year, before anyone had even heard the dreaded C-word. Given that the cost of servicing its sizable debt pile has come down sharply since then (allowing a higher stock valuation, all other things being equal), you can even argue that the market is already applying a discount to the shares for the whole Covid-19 saga.

Either the drug is a write-off, in which case much of the cost remains with the governments that have helped to fund its development, or it actually is effective, allowing worldwide distribution. In the latter case, the fact that it has agreed to provide the drug at no profit should not be seen as the bugbear that many investors consider it. Reports citing confidential contracts with manufacturers suggest that AZ will be able to exercise pricing power from the second half of next year already.

And if it does eschew the short-term profit by keeping the price down, the long-term benefit could still be considerable. Cancer, its true specialism, is a rich country disease, so the spread of wealth across ever more parts of the world is a secular positive for it. The gain in goodwill from not price-gouging on the drug everyone wants and needs will be intangible, but immeasurable.

The bear case surrounding AstraZeneca rests largely on valuation and on the reputational damage it may incur from the mess it’s making of getting its coronavirus vaccine candidate approved.

With a P/E ratio of around 55, the company’s stock is priced well above both the industry average and its historical norm, suggesting there is plenty of downside potential.

The pharmaceutical giant released interim analysis of late-stage trials of its vaccine to great fanfare on Monday, stating that its efficacy reached a maximum of 90% depending on the dosage regime.

However, doubts quickly emerged over the reliability of the data provided by AstraZeneca and its partner, the University of Oxford, as regards the drug’s effectiveness.

Importantly, Moncef Slaoui, the head of the U.S. Operation Warp Speed team tasked with funding vaccine development, pointed out a potential flaw, saying the subgroup which reported the highest degree of efficacy had been restricted to people under 55, subjects which are likely to be more resistant to the disease.

Geoffrey Porges, Director of Therapeutics Research at life sciences boutique investment bank SVB Leerink, has been widely reported as predicting that the vaccine will never be licensed in the U.S., particularly as there appear to be viable alternatives in the form of Pfizer Inc (NYSE:PFE)’s and Moderna Inc (NASDAQ:MRNA)’s drugs. Promising candidate vaccines from Johnson & Johnson (NYSE:JNJ) and others are still in the development pipeline.

AstraZeneca had promised to supply its vaccine at cost price for as long as the pandemic lasts, so not making it into the valuable American market for this product may not necessarily be a big thing. But the botched communication of what was far too small a trial could be far more difficult to ignore, doing lasting damage to its relationship with the all-important Food & Drug Administration. After all, it generated almost $8 billion in revenue in the U.S. last year, its biggest single market by far.

Swiss banking giant UBS earlier this week kept its “sell” rating on AstraZeneca, citing the uncertainty surrounding its vaccine’s results. Earlier this month it had also noted that product sales in emerging markets disappointed in the third quarter results, whereas U.S. business surprised positively. This balance may be about to change.