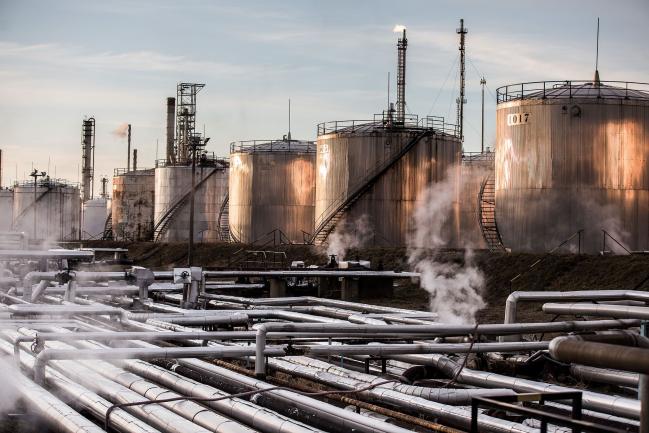 (Bloomberg) — A panel of OPEC+ ministers couldn’t reach an agreement on whether to delay January’s oil-output increase, leaving the matter unresolved before a full meeting of the cartel and its allies on Monday.

Most participants in an informal online discussion on Sunday evening supported maintaining the production curbs at current levels into the first quarter, said a delegate. Yet while Russian Deputy Prime Minister Alexander Novak spoke in favor of postponing the supply hike that’s currently scheduled to happen in the new year, the United Arab Emirates and Kazakhstan were opposed, said the delegate, asking not to be named because the talks were private.

Unless the agreement is revised this week, they will restart about 1.9 million barrels a day of halted output, potentially pushing the global market back into surplus and undermining the recent surge in crude prices.

“Saudi Arabia will have to lean hard to get an agreement,” said Mohammad Darwazah, an analyst at research firm Medley Global Advisors LLC. “There have been particularly acute rumblings of dissatisfaction with the status quo from Abu Dhabi.”

The Organization of Petroleum Exporting Countries and its allies, a 23-nation network that pumps more than half the world’s crude, made vast production cuts during the depths of the pandemic to offset a historic collapse in fuel demand. The alliance had planned to ease some of those curbs at the start of 2021, in anticipation of a global economic recovery.

Saudi Arabia and Russia summoned a small group of OPEC+ countries for last-minute talks this weekend, in an apparent effort to forge a consensus before making a final decision at a conference scheduled for Monday and Tuesday. Despite the lack of an agreement so far, negotiations in the coming days could still result in a deal, said another delegate.

There have been numerous signals that the cartel was leaning toward a delay. Last week, Algerian Energy Minister Abdelmajid Attar — who this year holds OPEC’s rotating presidency — told Bloomberg News that the group must remain cautious because the surge in oil prices to above $45 a barrel in New York this week could prove fragile. OPEC technical experts also considered data that pointed to the risk of a new oil surplus if the production increase goes ahead.

Prior to this weekend, a clear majority of OPEC+ watchers were expecting the group to keep pumping at current levels for a few months longer due to lingering uncertainty about the strength of demand. However, the decision has been clouded by public complaints from Iraq and Nigeria, and private discord with the UAE, all of which have chafed at their output limits this year.

“As usual, it will all be down to the meetings behind closed doors on Monday and Tuesday,” said Harry Tchilinguirian, head of commodity markets strategy at BNP Paribas (OTC:BNPQY) SA. “We expect that Saudi Energy Minister Abdulaziz Bin Salman will be at the forefront of preserving group cohesion, to ultimately deliver the much expected delay to the tapering of supply cuts due next year.”