While the COVID-19 crisis, despite the newly developed vaccines, is far from over, optimism abounds in stock markets worldwide. We, however, have never been fond of buying at new record highs. Instead of joining the bulls near 13 500, let’s first see where in the big Elliott Wave picture does the current surge fit. 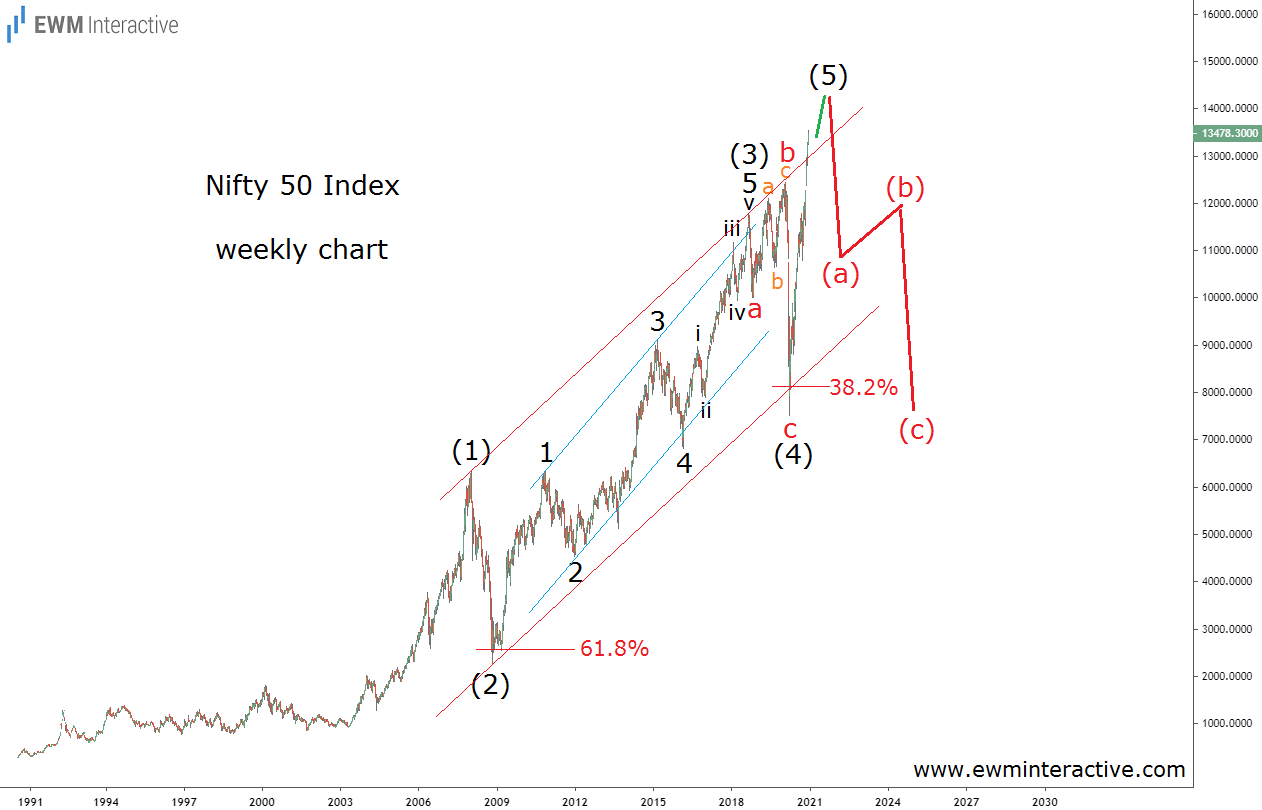 The weekly chart above reveals the entire price history of the Nifty 50 since its inception. What should worry the bulls is that its structure can easily be seen as a five-wave impulse. Labeled (1)-(2)-(3)-(4)-(5), the pattern has been developing within the parallel lines of a trend channel.

Wave (2) occurred during the Financial crisis of 2007-2009. Wave (3), which is also enveloped in a nicely-looking price channel, was followed by an expanding flat correction in wave (4). The coronavirus crash fits in the position of wave ‘c’ of (4).

Both corrective waves – (2) and (4) – ended shortly after touching the 61.8% and 38.2% Fibonacci levels, respectively. If the analysis so far is correct, the phenomenal rebound we’ve been witnessing over the past nine months must be wave (5).

Unfortunately for the bulls, the theory states that a three-wave correction follows every impulse. This means that once wave (5) is over, we can expect a major decline to drag the Nifty 50 back to the support of wave (4). Where exactly the top will form is impossible to tell.

However, assuming a reversal near 14 500 and bearish targets near 7500, we are talking about a possible 45%-50% drop. Given that its P/E ratio currently stands at an all-time high of over 37, it is not that hard to image the Nifty 50 being cut in half. As we head into 2021, the Indian benchmark has never looked riskier for investors.