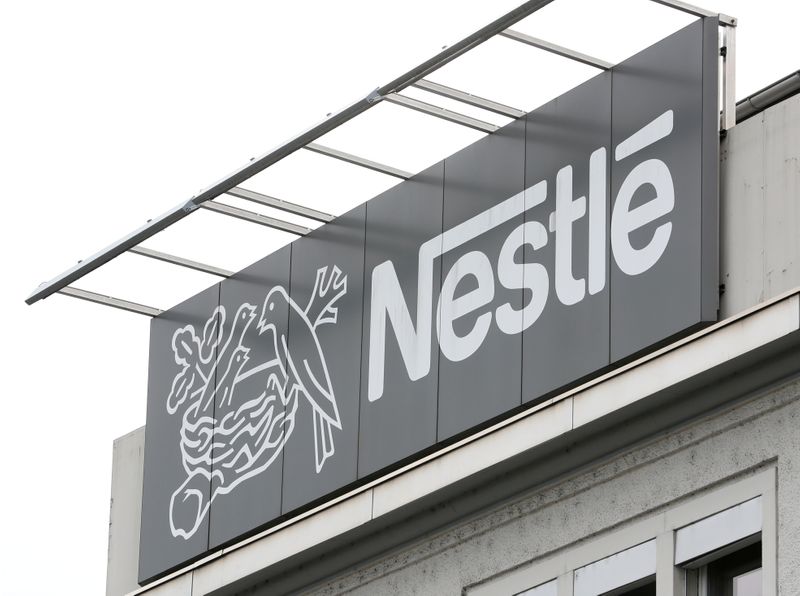 © Reuters. FILE PHOTO: Logo of Nestle is seen in Konolfingen

ZURICH (Reuters) – Nestle said on Thursday it plans to invest 3.2 billion Swiss francs ($3.58 billion) over the next five years, giving details on how it wants to reach its goal of net zero emissions by 2050.

As first steps, it wants to halve its emissions by 2030 and use 100% renewable electricity at its 800 global sites by 2025, the world's biggest food company said in a statement.

The maker of KitKat chocolate bars and Nescafe coffee, which produced 92 million tonnes of greenhouse gases in 2018, said it would finance these investments mainly through operational and structural efficiencies to keep the initiative earnings neutral.

The Swiss company will work with farmers and suppliers to promote regenerative agriculture practices – such as restoring soil health – saying it expects to source over 14 million tons of its ingredients from farmers using these techniques by 2030.

It also wants to scale up its reforestation program, planting 20 million trees every year for the next 10 years in the areas where it sources ingredients.

Nestle also said it wanted to offset all business travel by 2022, and increase the number of 'carbon neutral' brands, notably by expanding plant-based offers.