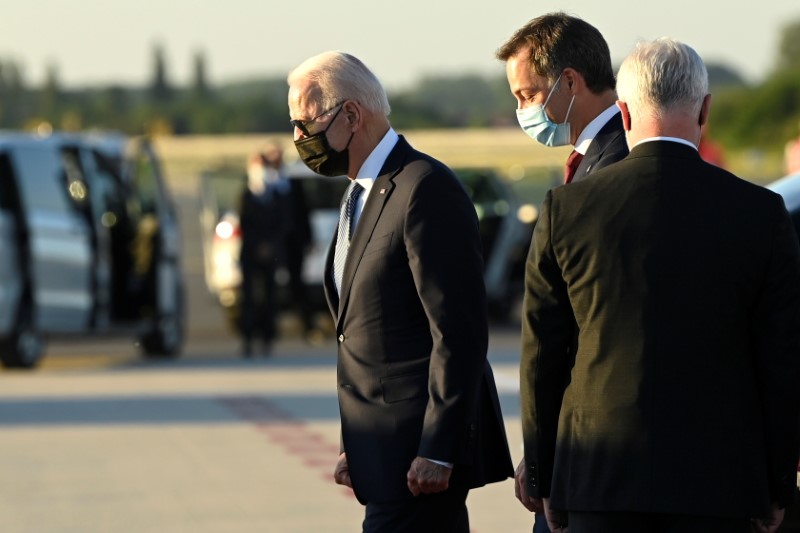 BRUSSELS (Reuters) – NATO leaders hope to open a new chapter in transatlantic relations at a summit with U.S. President Joe Biden on Monday (NASDAQ:), agreeing to focus on tackling climate change for the first time as well as facing up China’s military rise.

Described as a “pivotal moment” by NATO Secretary-General Jens Stoltenberg, the summit aims to turn the page on four tense years with Biden’s predecessor Donald Trump, who shook confidence in the Western alliance by calling it “obsolete”.

For the 30 allies meeting in Brussels, diplomats say nothing could be further from the truth, looking to the nuclear-armed alliance founded in 1949 to help deal with threats from extreme weather that can worsen conflicts to Russian attempts to undermine Western democracies through covert attacks.

“NATO owes it to the billion people we keep safe every day to continually adapt and evolve to meet new challenges and face down emerging threats,” British Prime Minister Boris Johnson, who hosted Biden and other G7 leaders in Cornwall, England, said in prepared remarks on the Brussels’ summit eve.

Russia’s efforts to divide the West are likely to run through discussions, diplomats said, ahead of a meeting between Biden and Russian President Vladimir Putin on Tuesday in Geneva.

Since Russia’s 2014 annexation of Crimea, NATO has modernised its defences but remains vulnerable to cyber attacks and disinformation, although Moscow denies any attempts to destabilise NATO allies.

“Cyber threats can emerge at any point during a crisis and trigger misunderstandings and unintended signals … that could precipitate war,” the European Leadership Network (ELN) research group said in a paper released for the summit.

But foremost in leaders’ minds, diplomats say, is a need to hear Biden recommit the United States to NATO’s collective defence after the Trump era. Trump’s confrontational rhetoric towards allies from 2017 to 2019 at NATO summits created an impression of crisis, envoys said.

China’s growing military and economic presence in the Atlantic, including joint military drills with Russia, will prompt a strong response from leaders. A pledge to make NATO militaries carbon-neutral by 2050 is also expected.

G7 leaders agreed on Sunday to raise their contributions to meet a spending pledge of $100 billion a year by rich countries to help poorer countries cut carbon emissions and cope with global warming.

3 Software Stocks Worth A Look Ahead Of...