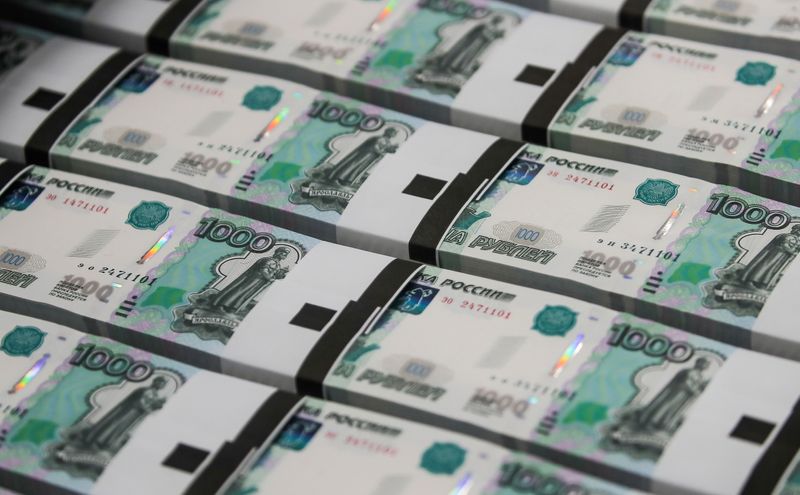 LONDON (Reuters) – Morgan Stanley (NYSE:MS) initiated a long Russian rouble position against a 50-50 basket of the dollar and the euro it said on Monday, targeting a 6% rise in the Russian currency.

"We think it's time to get back into Russian assets," the U.S. investment bank's analysts said in a note titled "Enough Waiting, Time To Buy".

They said new U.S. sanctions being proposed in relation to the poisoning and jailing of Kremlin critic Alexei Navalny would not pose a material risk to Russia's macroeconomic outlook, while the recent rise in oil prices should help the currency.

"We target a 6% appreciation, which is roughly a 75% reduction in risk premia on our measure," Morgan Stanley said.

"The uncertainty is the response by the U.S. to the cyber attacks, which is a bigger risk and can cause a wobble in asset prices, but we think this might be an opportunity to increase exposure."