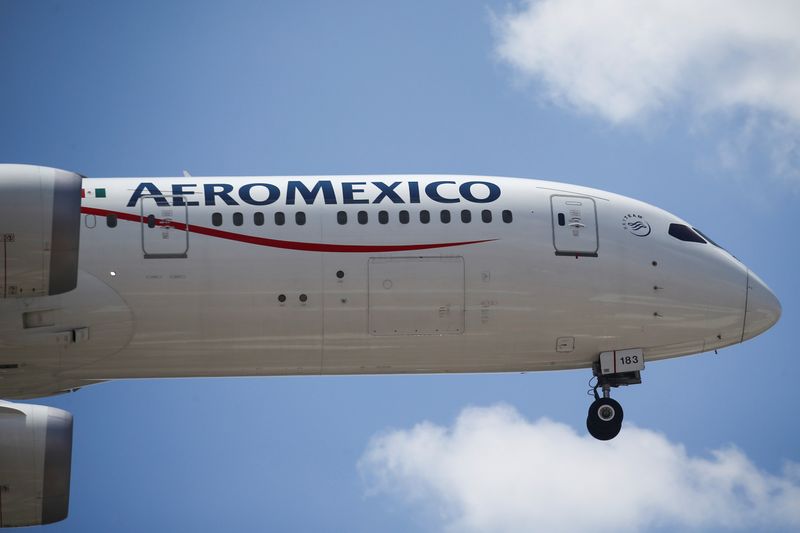 © Reuters. An Aeromexico airplane prepares to land on the airstrip at Benito Juarez international airport in Mexico City

MEXICO CITY (Reuters) – Mexican pilots have rejected a cost-saving plan put forward by their own trade union amid talks aimed at agreeing how to restructure airline Grupo Aeromexico, the ASPA union said on Thursday.

Battered by the coronavirus pandemic, Aeromexico filed for Chapter 11 bankruptcy protection in a U.S. court in June, and is trying to secure a second tranche of financing.

In a statement, the ASPA said the majority of its pilots had in a vote rejected the plan put forward by the union as an alternative to Aeromexico's own proposal, but that it would keep exploring other options to aid restructuring efforts.

The airline earlier this year had up to $1 billion in debtor-in-possession (DIP) financing approved, and received an initial $100 million payment in September.

Earlier this week, Aeromexico wrapped up negotiations with two of the four industry unions it needs to reach agreement with to access a second tranche of DIP funding.

The company in November requested permission from a U.S. bankruptcy court to dismiss 1,830 employees, including 855 unionized workers.