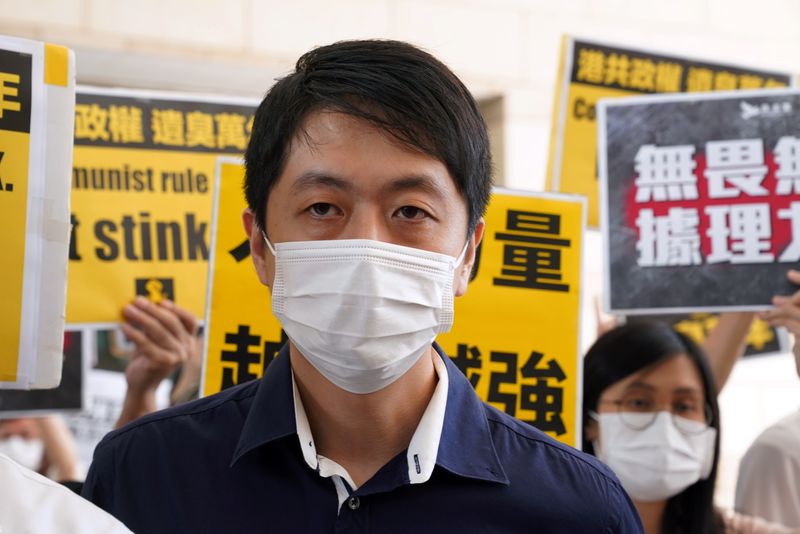 In a letter, the Inter-Parliamentary Alliance on China, a group of legislators from countries including Britain, Australia, Japan and the United States, criticised the bank for its freezing of accounts belonging to activists associated with Hong Kong's pro-democracy movement.

"HSBC has failed to give evidence of any court order or police warrant to carry out this action and have refused to publicly respond to concerns raised by Hui and his family," according to the letter.

The letter added it was "highly concerning" that Hui's family members' accounts have also been frozen, despite not having been subject to any charges.

An HSBC spokeswoman said the bank was "unable to comment on individual cases, but the Hong Kong Police explained publicly in early December the reasons for instructing banks to freeze accounts related to Mr Hui and his family."

The bank also said it had no choice but to comply with specific legal instruction by police authorities in Hong Kong to freeze the accounts of somebody under formal investigation.

Hui, a former Hong Kong lawmaker, said in December his local bank accounts appeared to have been frozen after he said he would seek exile in Britain to continue his pro-democratic activities.

British lawmaker Chris Bryant told the bank's Chief Executive Officer Noel Quinn last month that HSBC was "aiding and abetting one of the biggest crackdowns on democracy in the world", during a hearing.