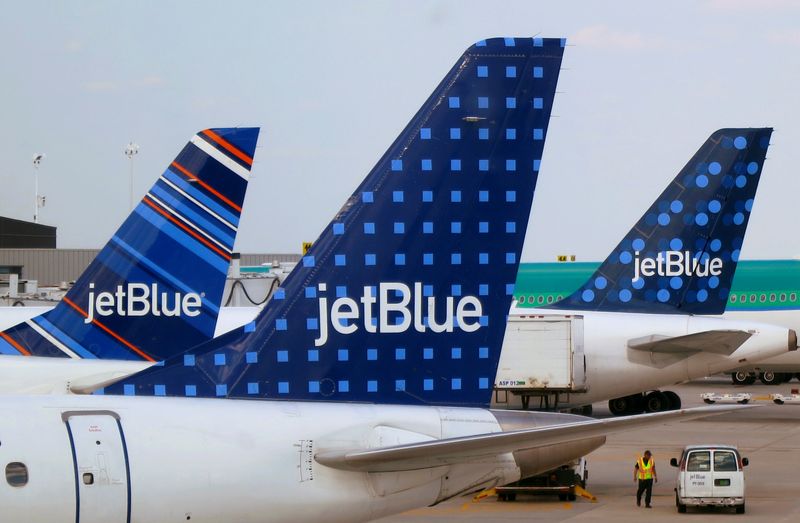 (Reuters) – JetBlue Airways (NASDAQ:JBLU) Corp pilots voted to reject a tentative agreement that would have given the airline contractual relief to implement its planned partnership with American Airlines (NASDAQ:AAL) Group Inc,, their union said in a statement on Tuesday.

New York-based budget carrier JetBlue and international major American Airlines announced plans for a strategic tie-up in July to give them more muscle in the U.S. Northeast as the industry plots its recovery from the coronavirus pandemic.

"Job security, especially during turbulent points in our industry, is a main concern of every pilot,” Chris Kenney, chairman of the JetBlue unit of ALPA, said.

"We are disappointed in the results of the vote," a JetBlue spokesman said, noting the company and ALPA had worked together on the tentative agreement.

"We are committed to our alliance with American Airlines and plan to move forward so we can deliver its benefits to both crewmembers and customers," he said.

The tentative agreement gave some relief from restrictions in 2018 collective bargaining on the types of tie-ups JetBlue could undertake in exchange for an additional pay raise and some enhancement in job security, the union said.

American Airlines' management has told its pilots the deal would comply with their clauses on scope, or the amount of flying that can be done by other carriers, but the union is concerned about the impact it would have on jobs for domestic flights, a union spokesman said.

American has said the deal, which is currently under U.S. regulatory review, will help boost its international flying operations.