The first jobs report of the year came out, and as the trend clearly shows, we’ve gone from frantic hiring (last summer) to actual job loss. Let’s face it, the underlying economy is a total shambles. We live increasingly in a fantasy land of our own making – bailouts, stimulus checks, forbearance. It’s all the simulacrum of an actual economy. There is no dignity to it.

And if there is any asset (with the possible exception of Tesla (NASDAQ:TSLA), which, of course, is at another lifetime high) that captures the gestalt of this lunacy, it is Bitcoin. As Slope’s gold/diamond users know, my own projection for BTC is actually a little higher than even these levels, although I felt awkward offering up such a goofy number. We seem to be on our way. It’s definitely some wild trading, though. In the span of just a couple of hours, there was a literally $5,000 swing in the price. The futures have simply gone parabolic. 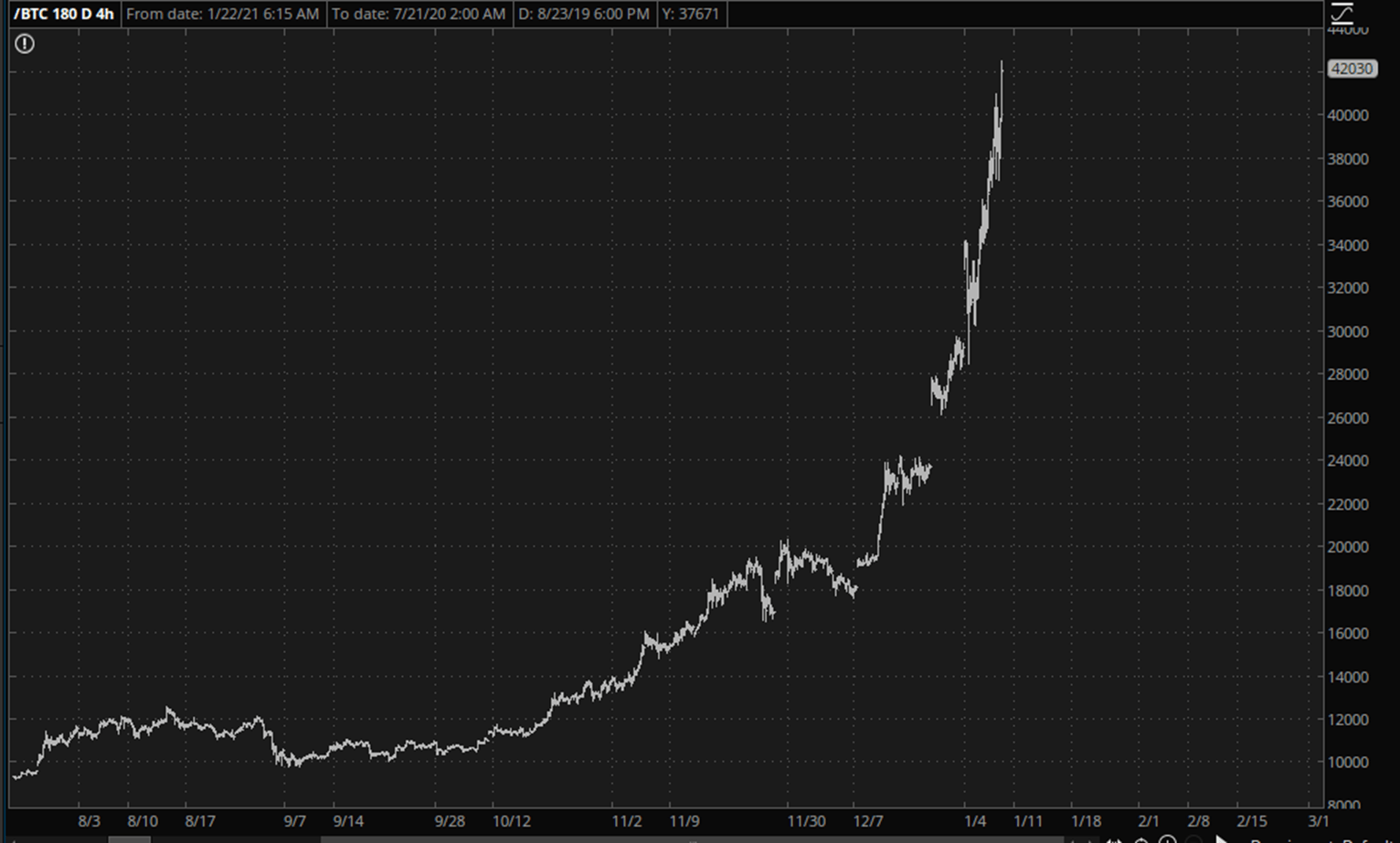 Prompted by the jobs report, bonds finally have found a pulse. They’ve been grinding lower for months and months, with interest rates creeping persistently higher (because what better news for a suffering economy than rising interest rates on a mountain of debt? Right?) Let’s see if ZB has finally found a bottom. 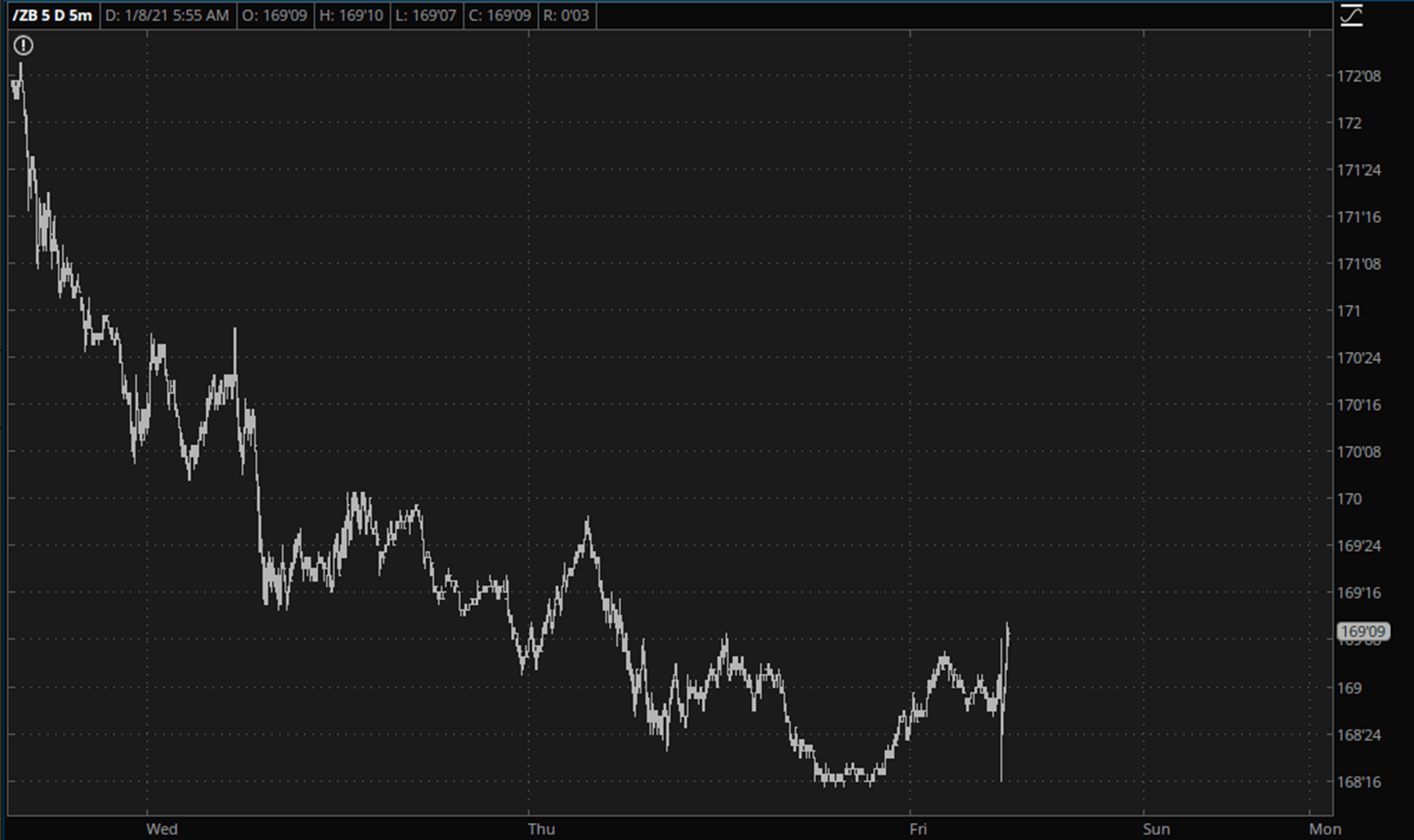 It’s almost pointless these days to comment on equity futures before the market opens (I am typing this shortly before they ring the bell) because they can supercharge their way the opposite direction the moment the normal market commences. Still, here are the small caps for the past few weeks, which have used 2021 as a of ceaseless celebration. 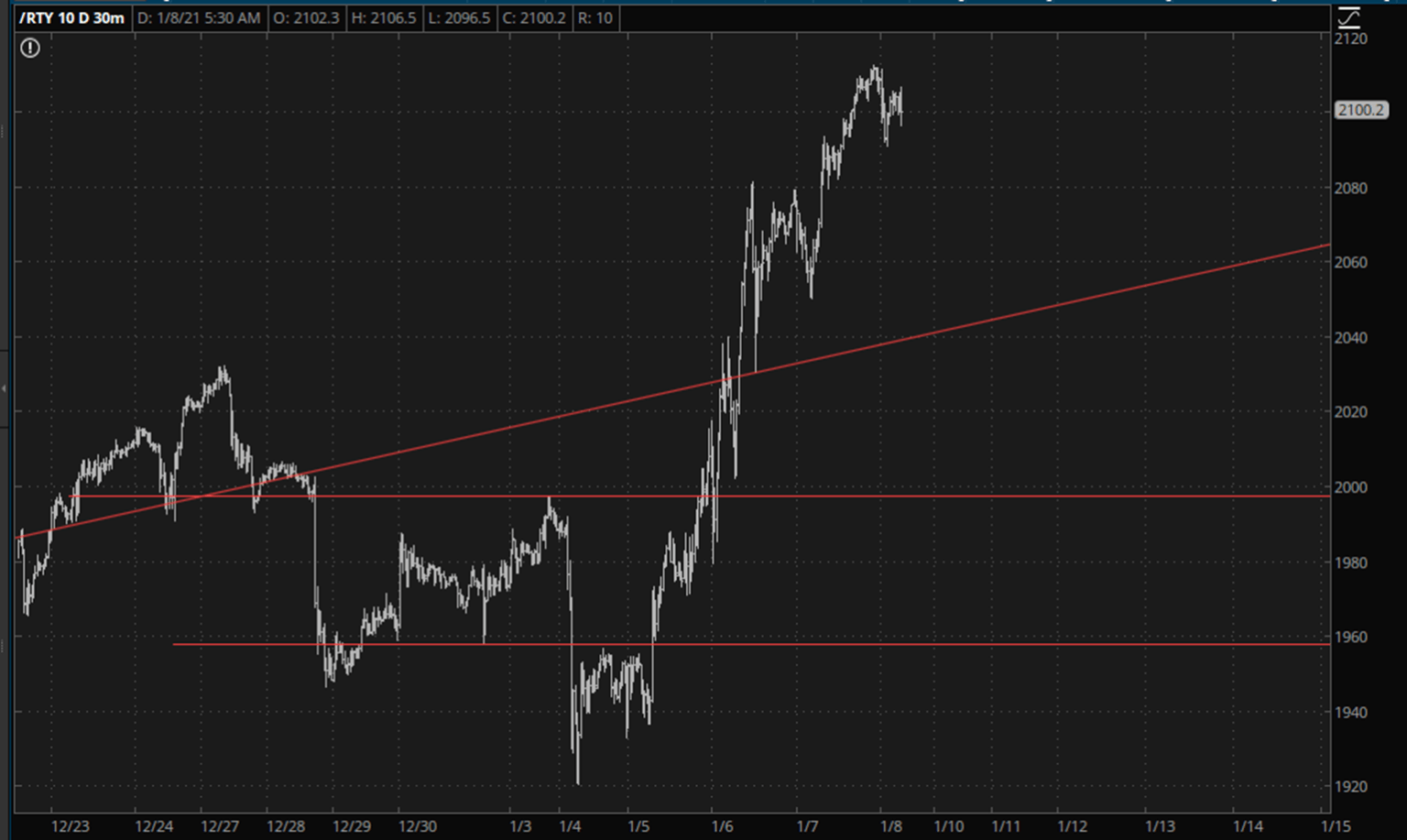 Oh, and gold. Poor, poor gold. If and when the crypto world weakens, my hunch is that gold’s weakness will turn into super-weakness. It seems to be truly getting left out in the cold. 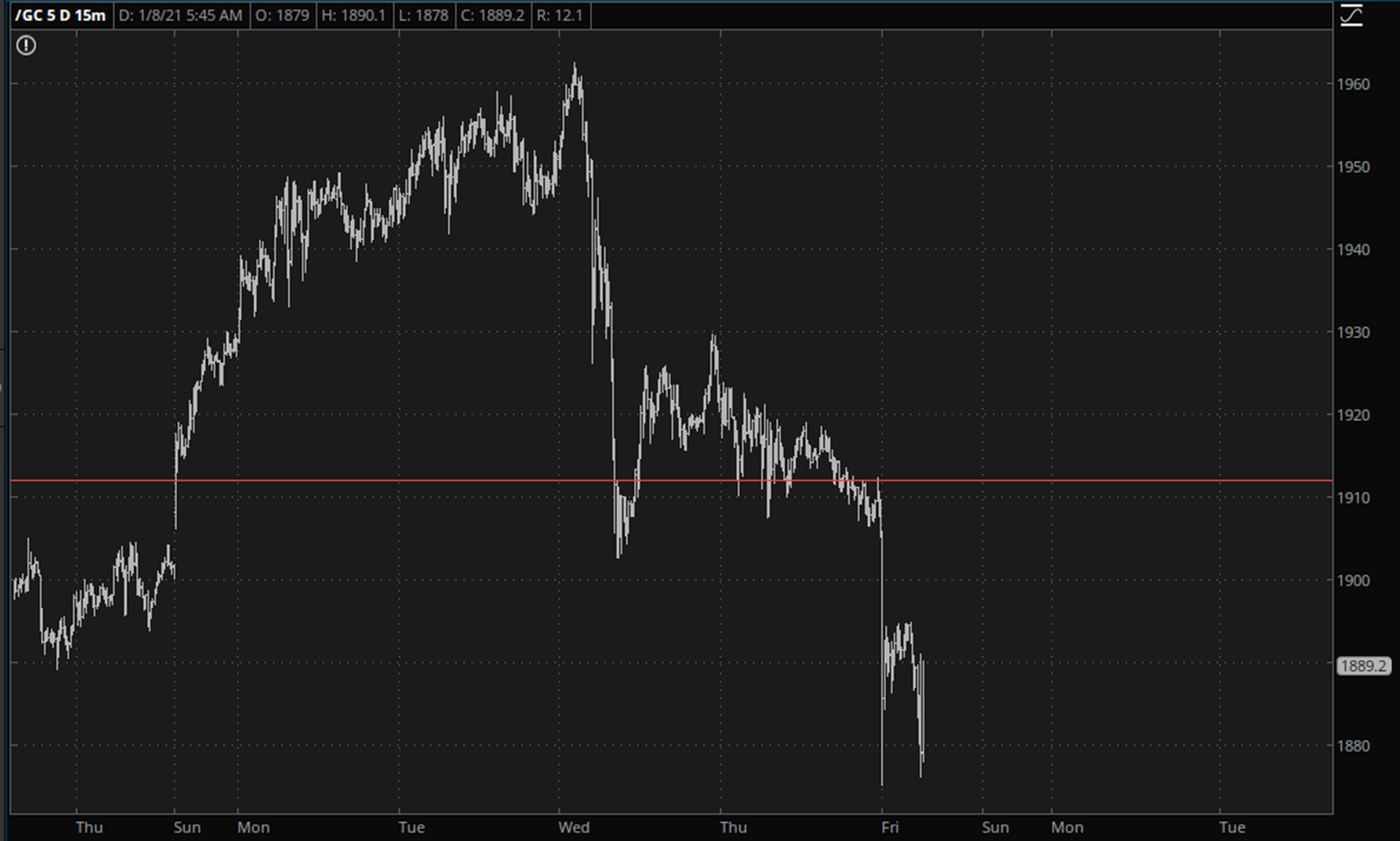