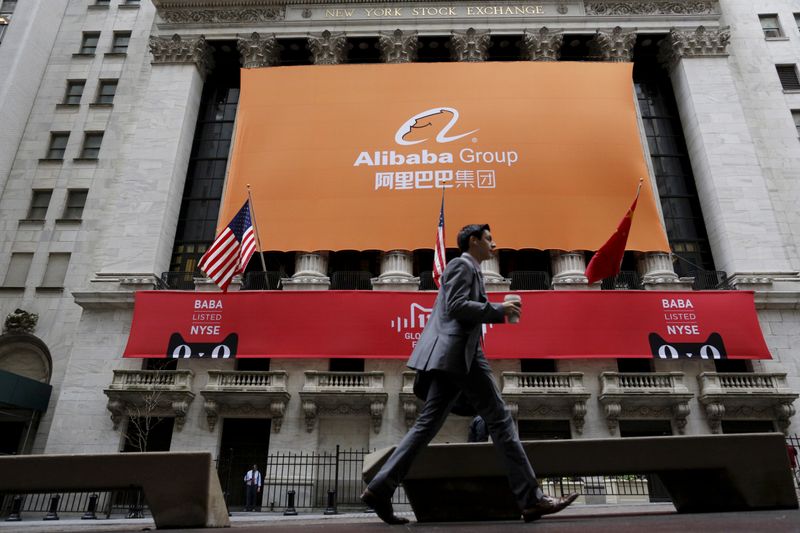 SHANGHAI (Reuters) – Global fund managers are reducing their holdings in U.S-listed Chinese companies such as Alibaba (NYSE:BABA), Netease and JD (NASDAQ:JD).com as risks grow they will be forced off American exchanges, switching instead into shares of the companies listed in Hong Kong.

The threat is now real. The Holding Foreign Companies Accountable Act has been passed by both Chambers of the U.S. Congress and should soon be signed into law by Trump. Once law, foreign issuers in the United States which decline a review of their audits for three years can be delisted.

Since most Chinese companies are prohibited by mainland laws from disclosing information that might be considered state secrets, they are often unable to comply with such audit reviews, making them vulnerable to delisting.

"It's always something you're aware of as a potential risk. Now that risk is really becoming a reality," said Brian Bandsma, a New York-based portfolio manager at Vontobel Asset Management.

Bandsma said he has started moving positions in American Depositary Receipts (ADRs) of Chinese companies toward Hong Kong. There are two paths, he says, and he's taking a slower, but less costly route. But "if we see the risk becoming more immediate, we can convert very quickly," he said.

"Listing venue doesn't really matter. For the sake of prudence, we just buy the same companies in the Hong Kong market. The shift is quite easy."

An increasing number of Chinese companies have secondary listings in Hong Kong, giving investors an alternative.

More than 20 other ADRs, including Pinduoduo (NASDAQ:PDD), Vipshop (NYSE:) and Bilibili (NASDAQ:BILI), are also eligible for a Hong Kong secondary listing, according to Morgan Stanley (NYSE:MS).

Brendan Ahern, chief investment officer at New York-based Krane Funds Advisors, believes most conversions so far have come from Asian and European investors who want to align themselves with their investor base.

Temasek, the investment vehicle owned by the Singapore government, said in September it had swapped half its stake in Alibaba – worth about $3 billion – from the United States to Hong Kong.

Matthews Asia told investors in July it owned Chinese firms such as Alibaba through both U.S. and Hong Kong listings.

For U.S. investors, there is also the option of trading Chinese firms such as Tencent in the less liquid over-the-counter (OTC) market.

Ahern believes China and the United States will eventually come up with a plan to avoid wholesale delistings that could affect over $2 trillion in American savings invested in U.S.-listed Chinese companies.

"(We) will not stand idle as we have fiduciary obligation to protect our investors," Ahern said, adding the firm had done a test conversion of Alibaba's U.S. shares to Hong Kong shares, proving the process is "exceptionally easy."

Still, in a worst-case senario, a large exodus of Chinese companies would affect investors and reduce competitiveness of the U.S. capital markets, a lawyer who works with an ADR depositary said on condition of anonymity.

"If you take away prominent successful companies from U.S. exchanges, it will make London or Hong Kong or both stronger and will create a perception that now there are possibly better choices than U.S. exchanges."