Monday registered further gains, but buying volume was light. The biggest gain was the Russell 2000 (via IWM) as it added 2.65% on an acceleration of the gains. This was enough to return a new 'buy' signal in the MACD, returning technicals as net bullish. 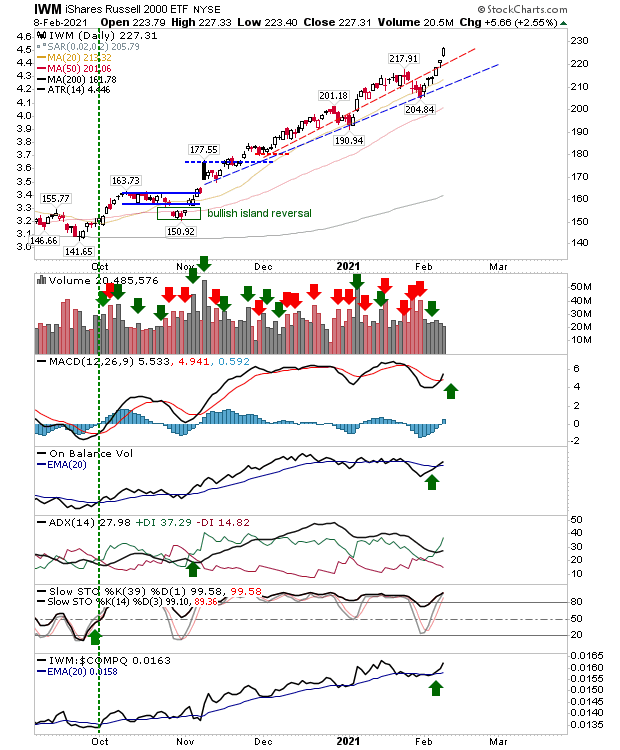 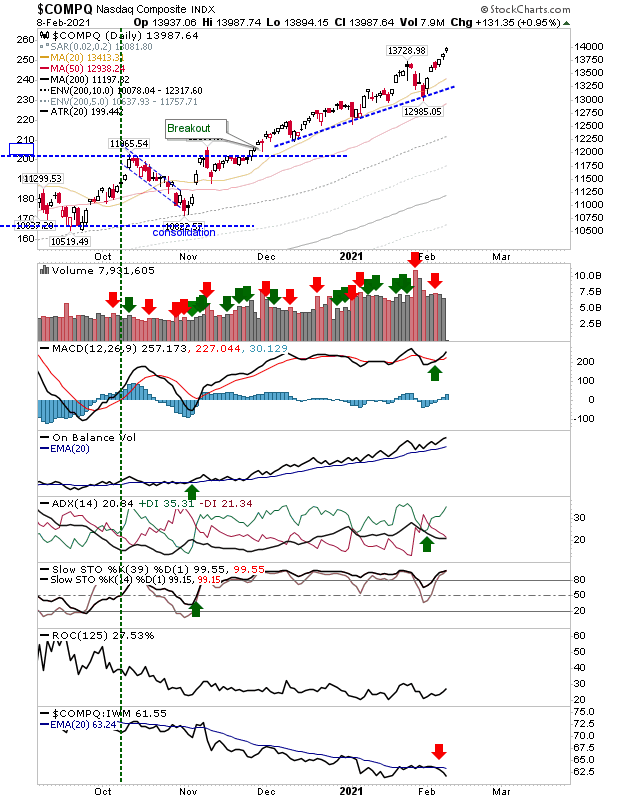 The S&P also continued its run into the rarified air of no resistance, although—like the NASDAQ—it continued to lose ground relative to the Russell 2000.

The Russell 2000 is at risk of pulling away from other indices and becoming a runaway blow-out as it sucks the air out of the room.